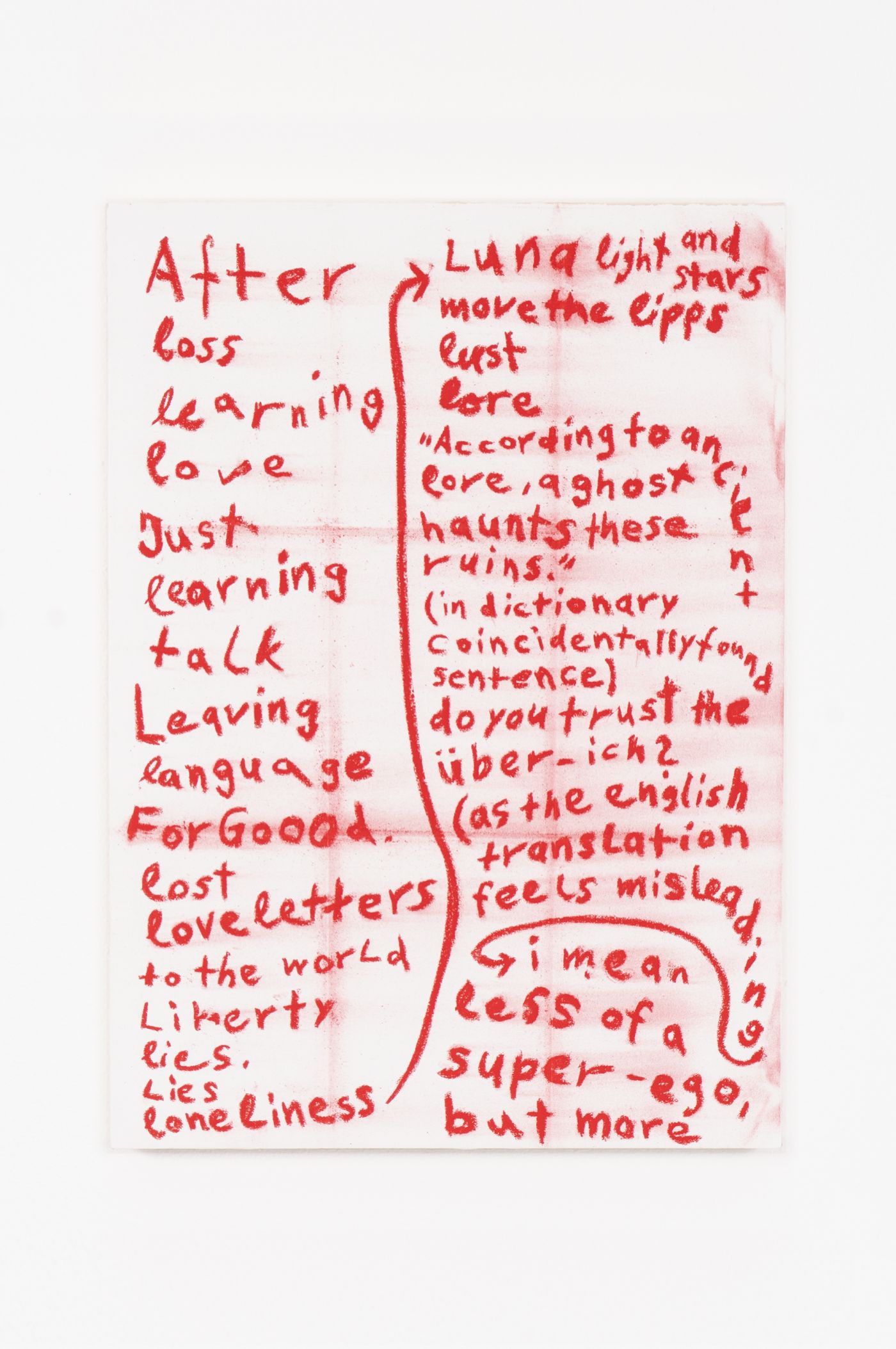 Jutta Zimmermann, "…of an über-ich)(that indicates more an above-ego or above-i, watching me. like eye.) results in, misleading dialogs, from now on, killing the death-instinct, For Good. bearing, 24/7, Surrounded, like a fort, Bye bye offenders, conflict is not abuse, she says, fact —> 100, but also, i heard (heart/heat/hurt/hearded) self-defence allowes itself violence, because it means to act in defense, legitimising violence. But i am not sure anymore if this is the phantasm i prefer to feel at things. Especially if the surrounded fort is too often the intruder himself (without knowing so), Shooting back, from a position of self defense, all along, being the aggressor, i don’t go along no longer, Peng Peng, i don’t go along no more, Peng Peng, you shoot me down, Peng Peng, i shoot me down, Peng Peng, End, Phantasm, Peng, Peng, End, Peng Peng, you shoot me down —> Peng, eye shoot you down, Peng Peng, End, Peng. Globally, Locally, In my house, Just end it, End, Peng Peng. Militant Parcifist, this is this, If this is the haunting ghost, The new phantasm is on march, Lust will end this w , different worlds of hea , (also like, under I, eye), as the over eye, plea for it", 2021; Pastel on canvas, varnish, 50 x 70 cm (series of 5) 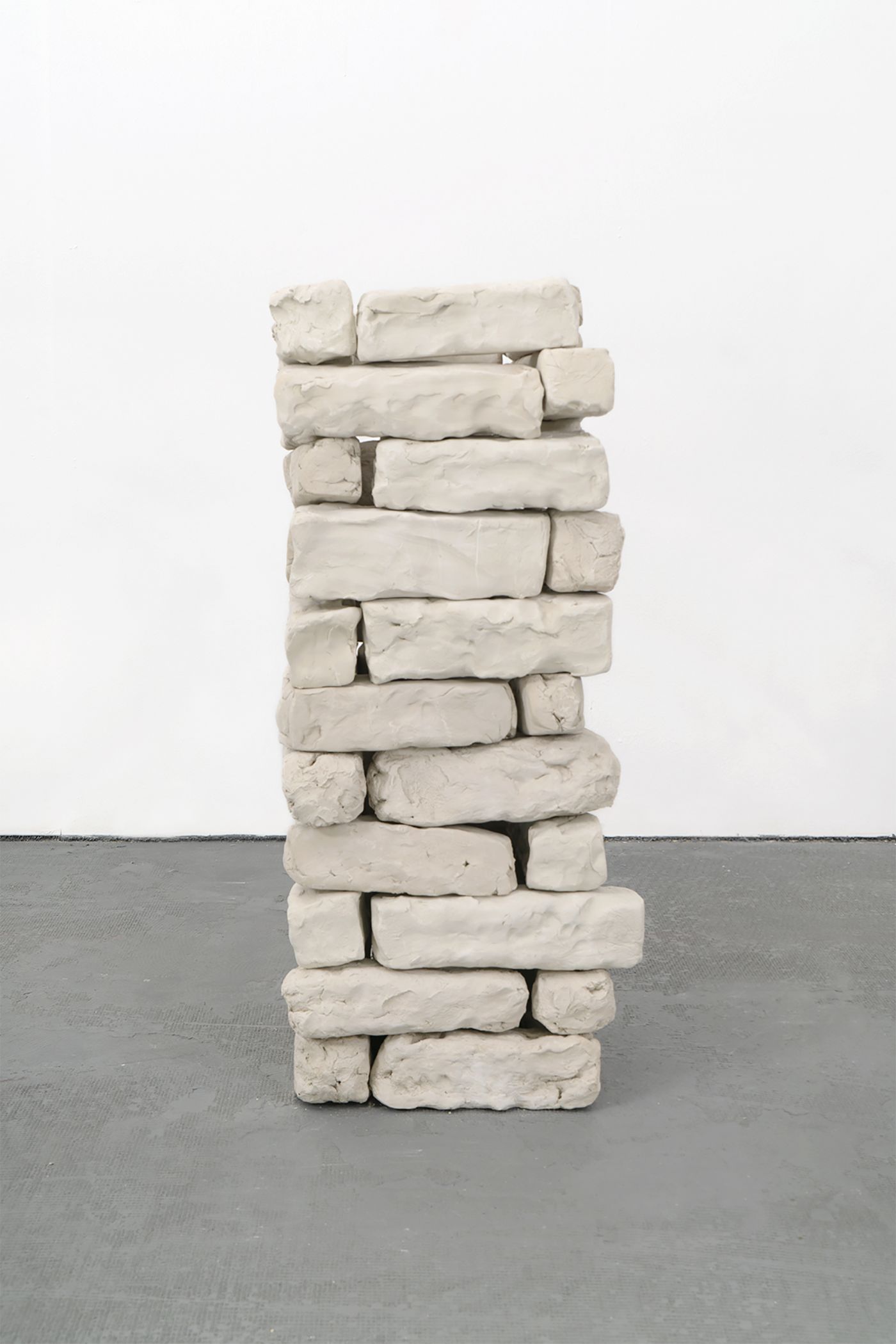 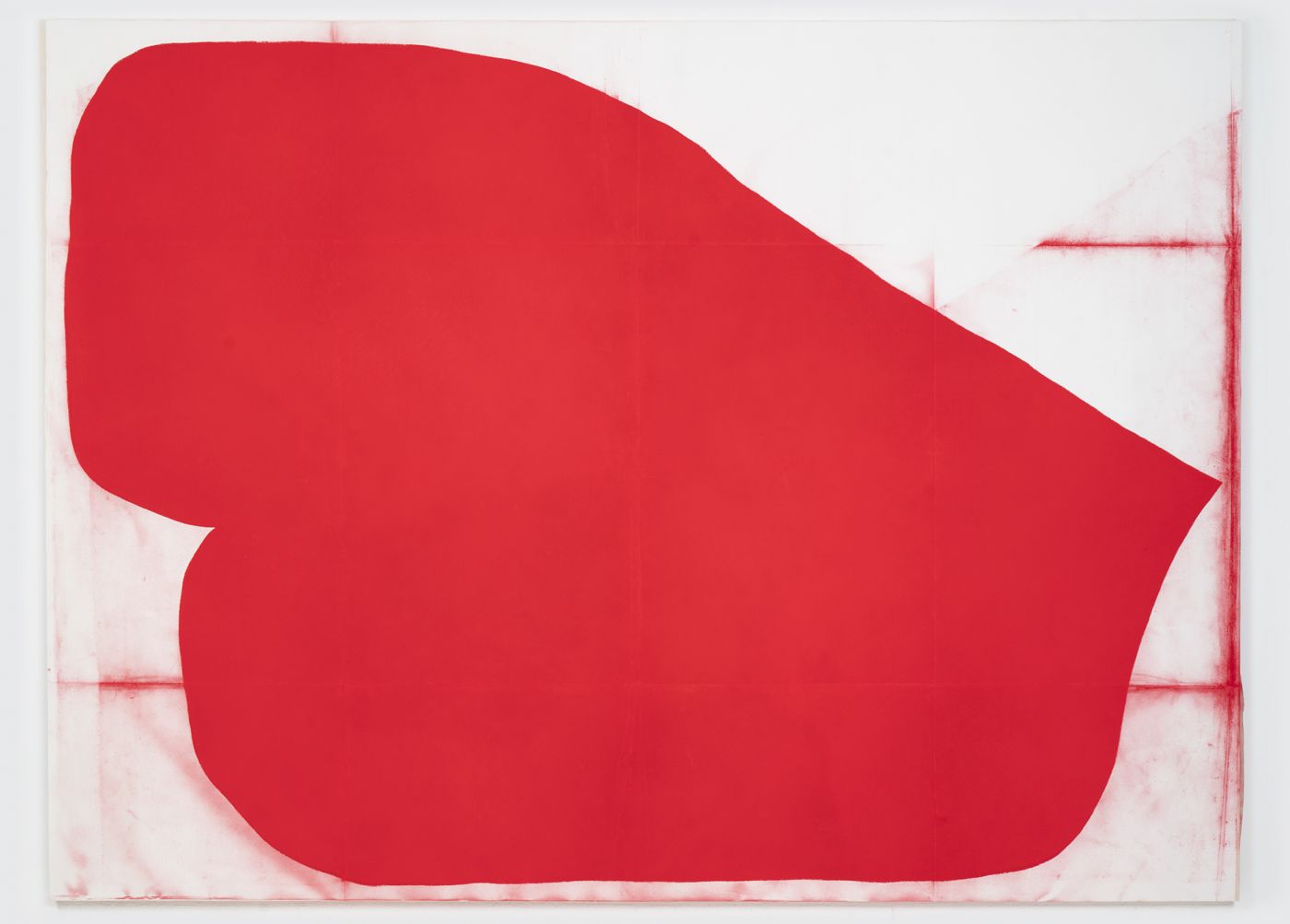 The works are on display throughout the fair from September 15 – 30 at suns.works, Zollikerstrasse 249, Zürich.