His practice addresses contemporary and political issues through drawings that combine a documentary approach with fictional constructions and animations. Situations that confront, juxtapose and even superposition the elements in a context that has systematically been concealed. Exaggerated and enigmatic scenes, inconceivable to reality, bear witness to the absurdity of human behaviour. He balances depictions between the comical and the tragic and introduces architecture as an instrument of power. 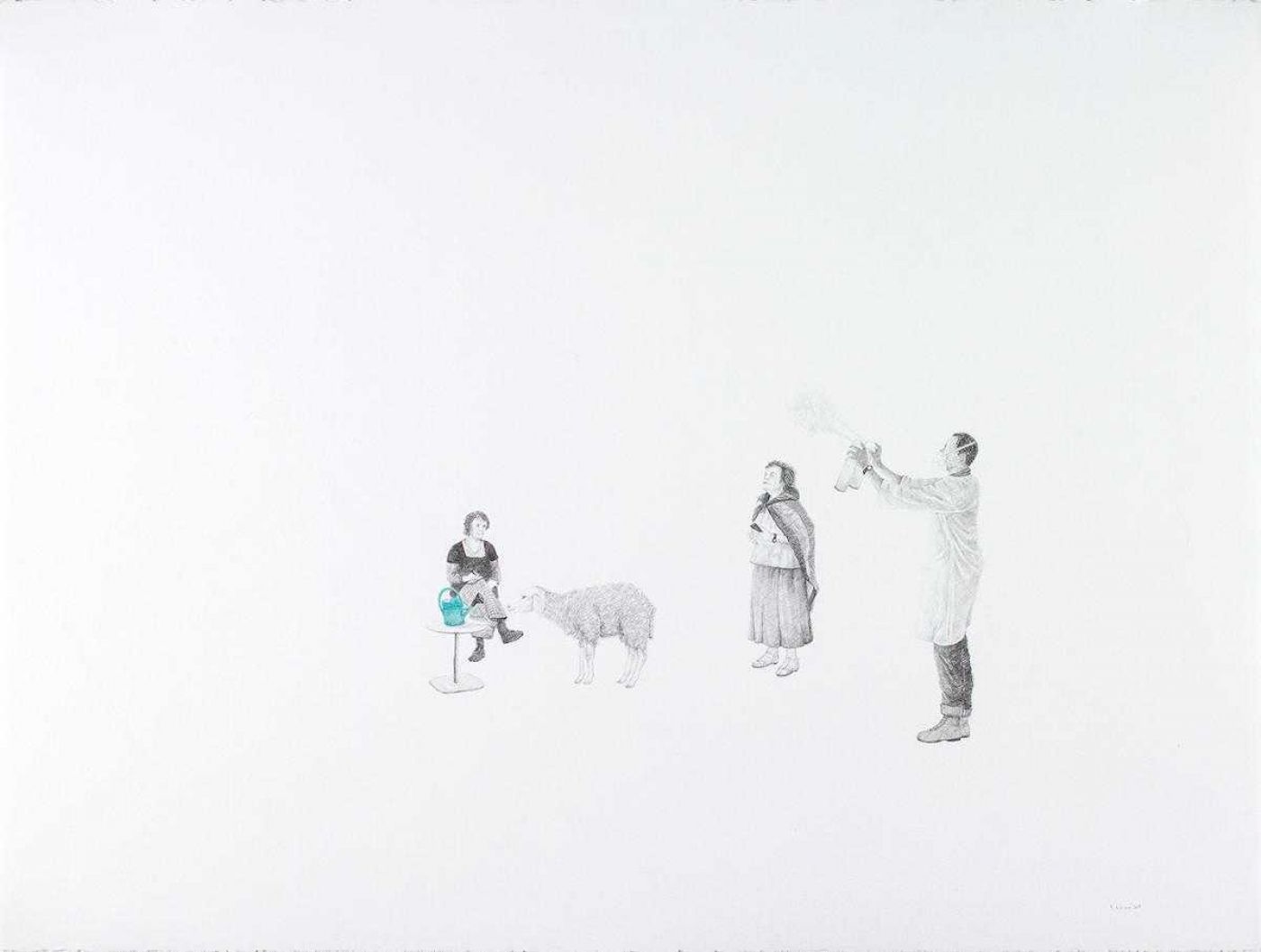 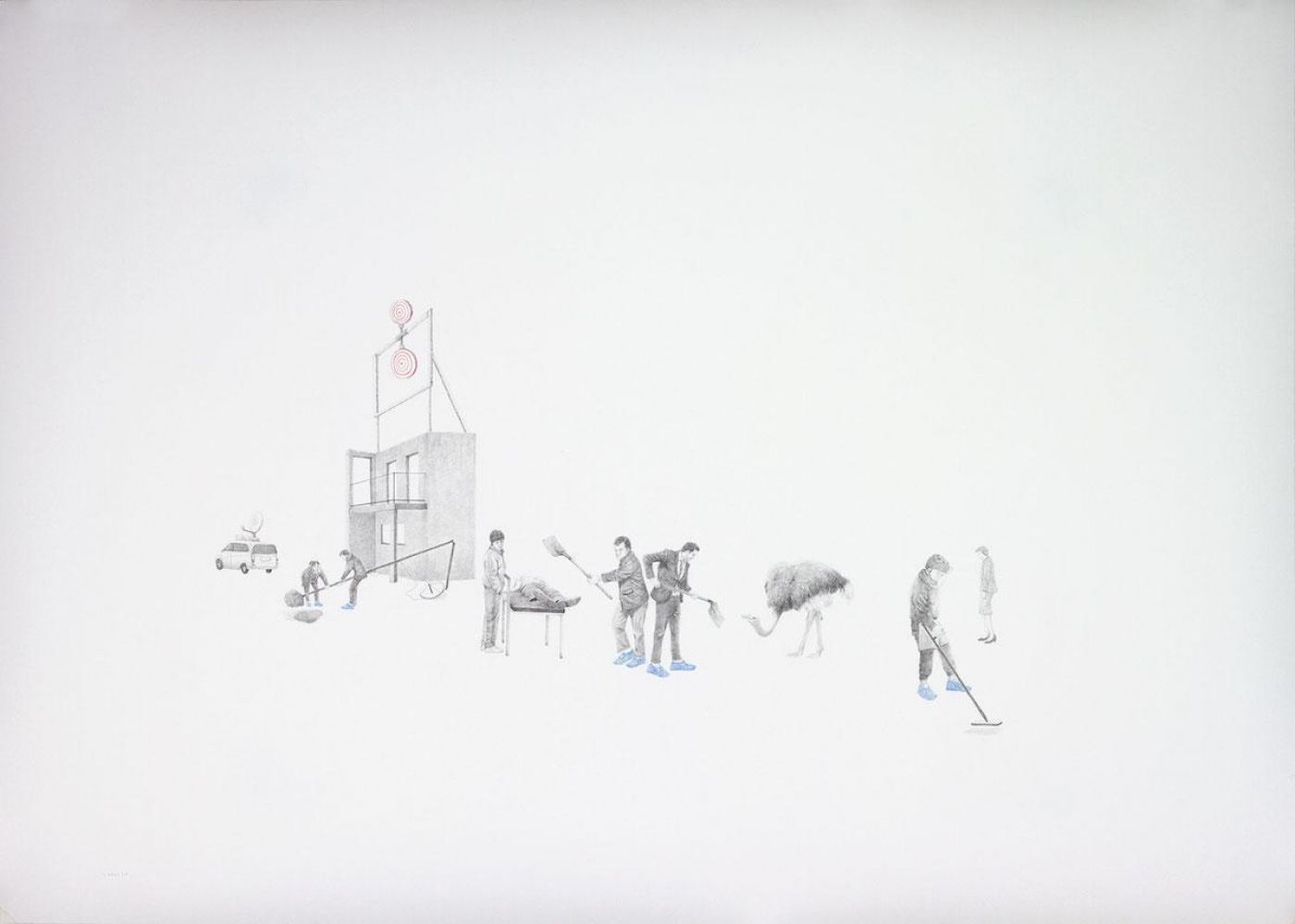 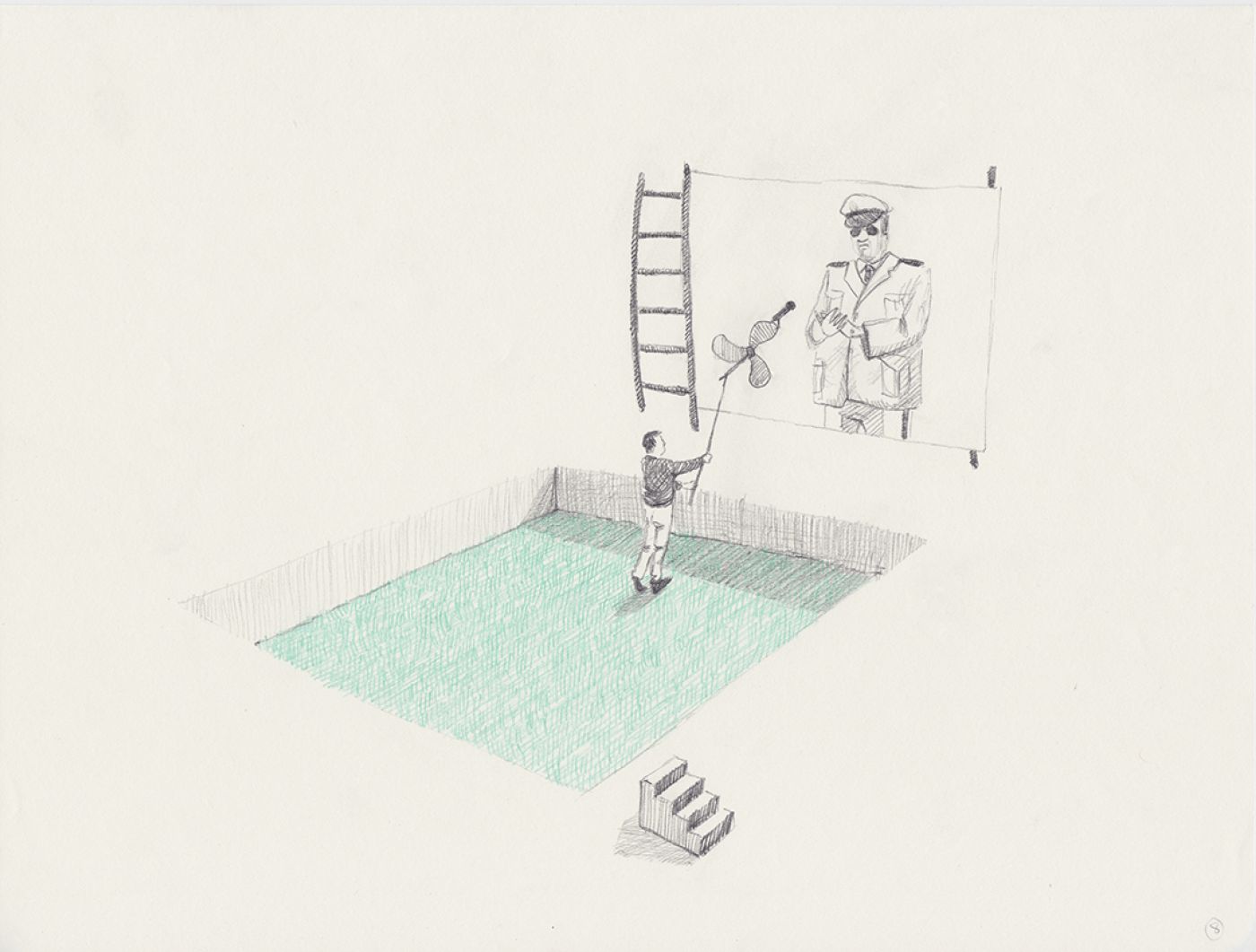 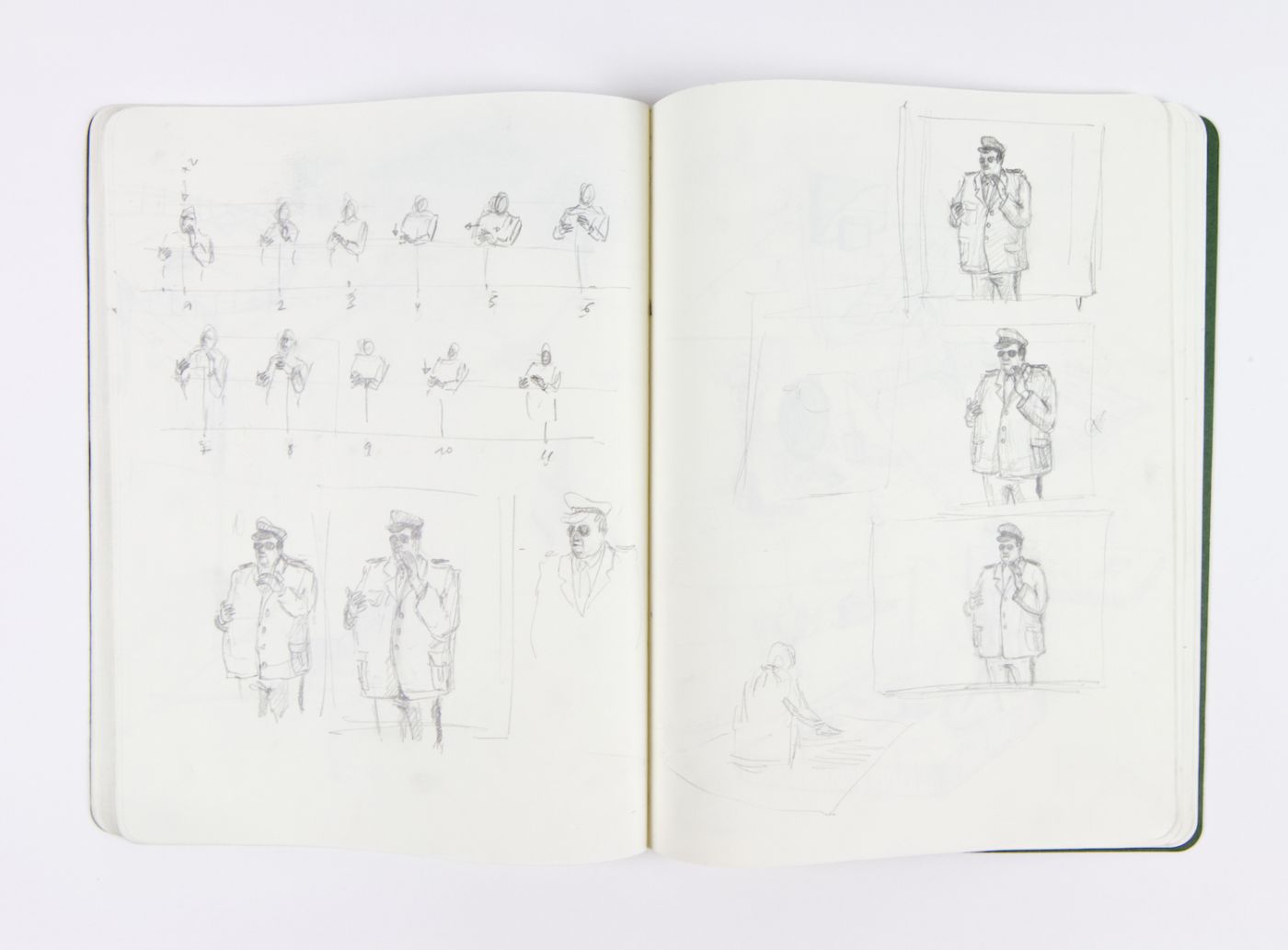 "My sketchbooks are mainly used to make drawing notes for potential projects. I like to consider drawing as the first documentary form. The animations are built around a short action, often absurd or comic, which is repeated in a loop. They are made using the frame-by-frame technique and their final appearance is similar to the sketches in the notebooks, making them in my opinion more dynamic and somehow reinforcing their burlesque dimension. Although they are often of short duration (a few seconds), they require a long series of drawings. The choice of a relaxed drawing in the making is also due to the constraint of repeating drawings that gradually change to give the illusion of movement. It also has the advantage of leaving trails that give fluidity to the animation."

To read the full conversation between Massinissa Selmani and Kate Macfarlane, curator and co-founder of Drawing Room in London, visit our website. 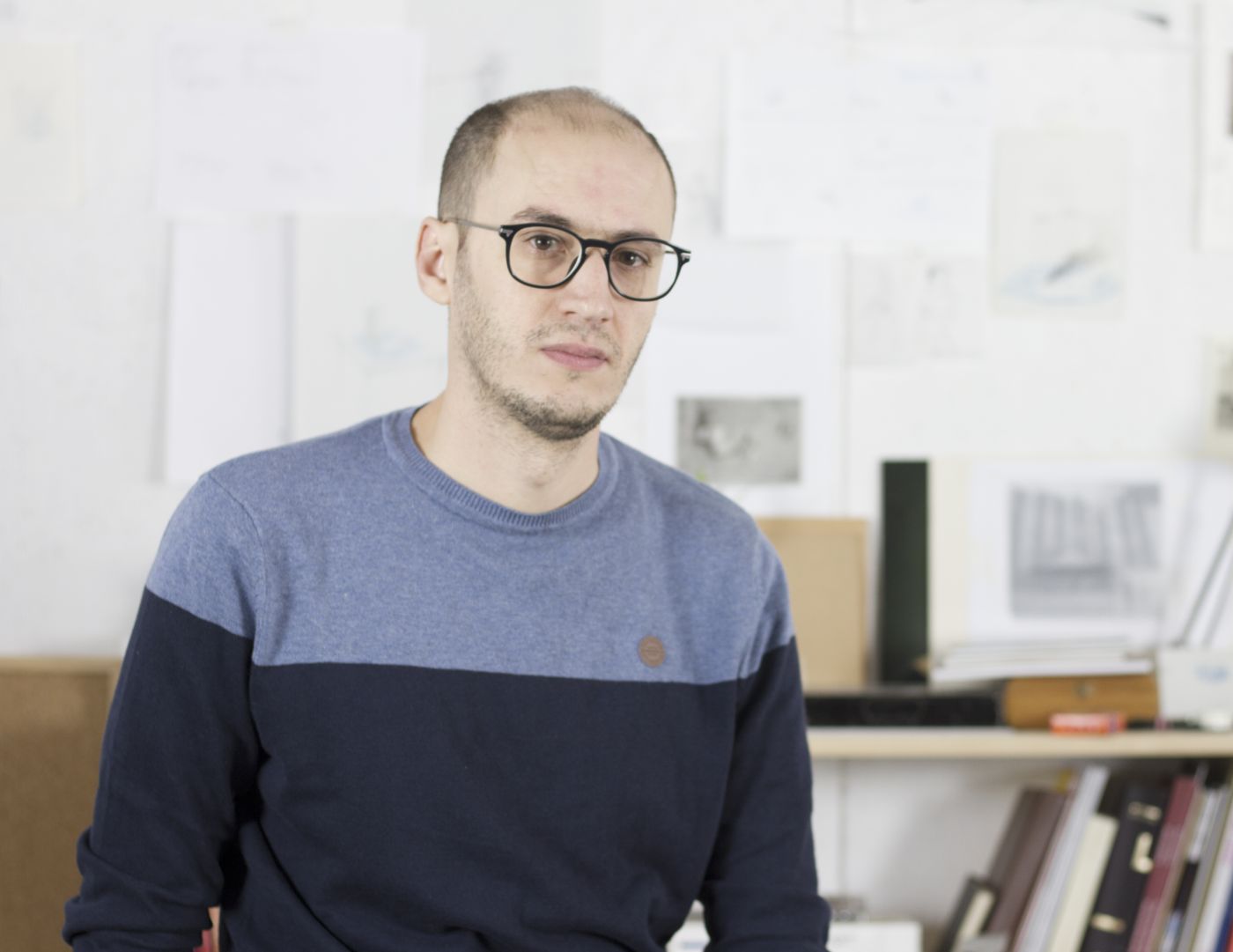 He studied computer science in Algeria and graduated from the École supérieure des Beaux-Arts in Tours.

He has recently exhibited at major museums and institutions, including Palais de Tokyo, Paris, France / the Dakar Biennial, Senegal / the Lyon Biennial, France / FRAC Centre, Orléans, France / Modern Art Oxford, Oxford, UK / IVAM, Valencia, Spain. His work has subsequently been hailed by a special mention of the jury at the 56th Venice Biennale in 2015. In 2016, He received the Art Collector prize and the Sam Art Projects prize for contemporary art.