Matthias Garcia
Born in 1994 he lives and works in Paris.

To introduce his field of references, Matthias Garcia does not first evoke the direct or implicit quotations that one sees surfacing here and there, from Francisco de Goya to Jérôme Bosch, Unica Zürn to Odilon Redon. No, what he places at the foundation of his system of thought, it is the universe of the tale, and in first place a tale in particular: The Little Mermaid of Hans-Christian Andersen.
Christian Andersen. The inexorable human finitude unfolds against the background of a refusal of reality, and of the world as it is, which nevertheless also points to something else. (...)

Matthias Garcia's contemporaneity is there. The polysemic structure of the tale, as highlighted by Bruno Bettelheim in his landmark study Psychoanalysis of Fairy Tales (1976), allows for the introduction of a fundamental ambivalence that goes beyond the simple inscription in the history of art - that is, a linear, progressive, teleological history. These references are then found complexified and requalified within a new synchronic aesthetic environment, which answers and symbolizes the affects of a certain present: ours, the immediate. This strange feeling of recognition that we feel in front of Matthias Garcia's universe comes from it. It is not that we have already seen these figurative elements or these tints assembled in this way somewhere, but rather that the emotional tone that they awaken is one that we already feel, admittedly more confusedly, in the manner of a throbbing note held in continuity. We are condemned to enjoy the finitude. To find beauty in the ephemeral. To desire what mutilates us. Such would be the contradictory affects of the present, whereas we assist around us to the crumbling of the reference marks which formerly ordered for us the world, this world to the singular that we thought to be the only one, and the eternal one.(...)

Through his aesthetic, Matthias Garcia familiarizes us with a world, his own, but also one of the possible worlds of tomorrow. It is necessary at the same time to read there a generational posture. For the observation is also and first of all translated at the plastic level, and more precisely through the way in which the artist approaches the de-hierarchization, following the example of the reigns, of the sources of his aesthetic. If the history of art is recharged with the energies of the present, it is because it is immediately hybridized with other references drawn from popular culture, like mangas and video games, which are devoured and assimilated with the same appetite. Faced with the need to ensure inter-species coexistence and the diversity of life forms, Matthias Garcia depicts, painting after painting, drawing after drawing, a world that does not so much invite us to secede from reality as to curl up in the hollow of its troubled immanence. 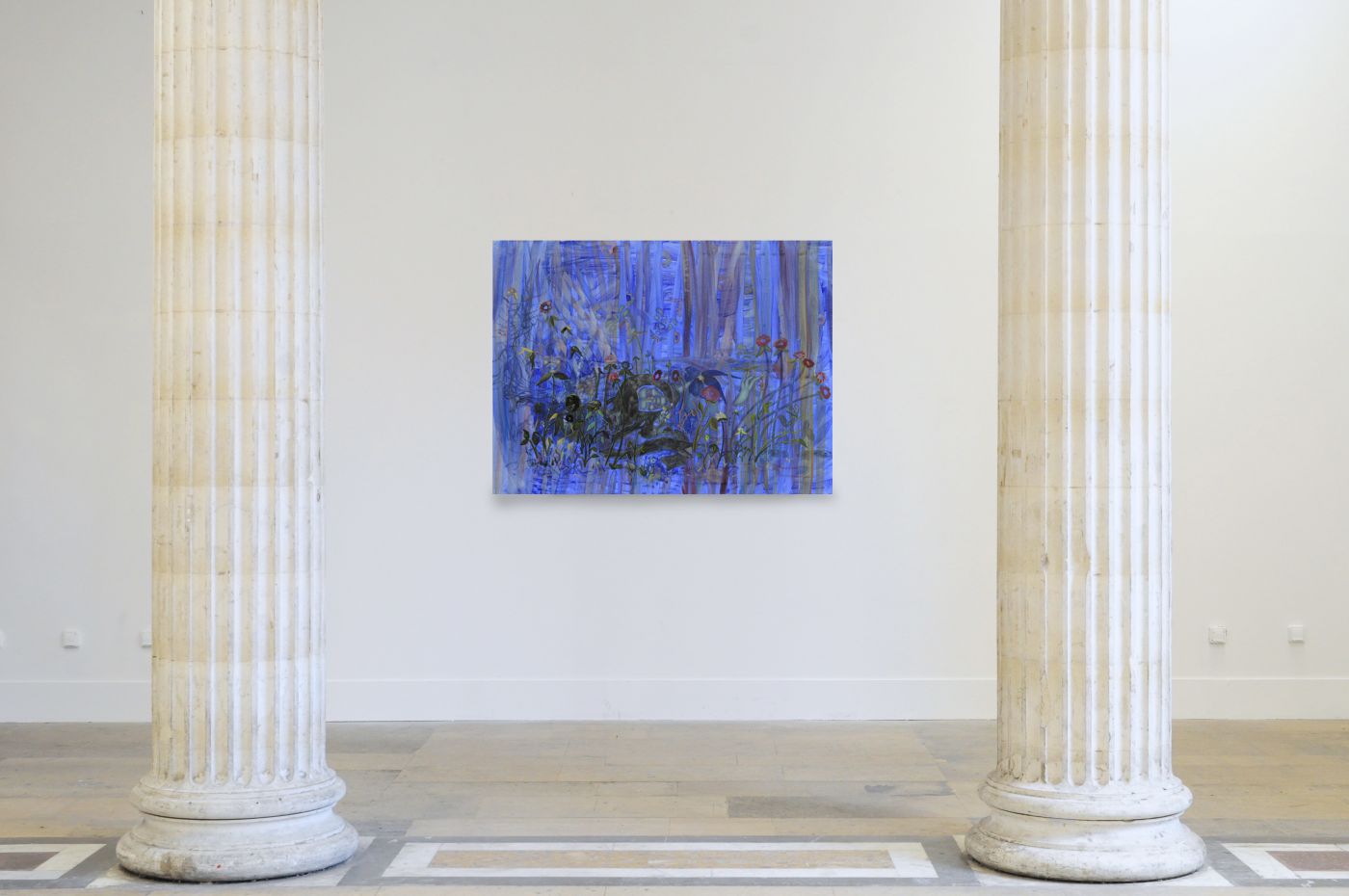 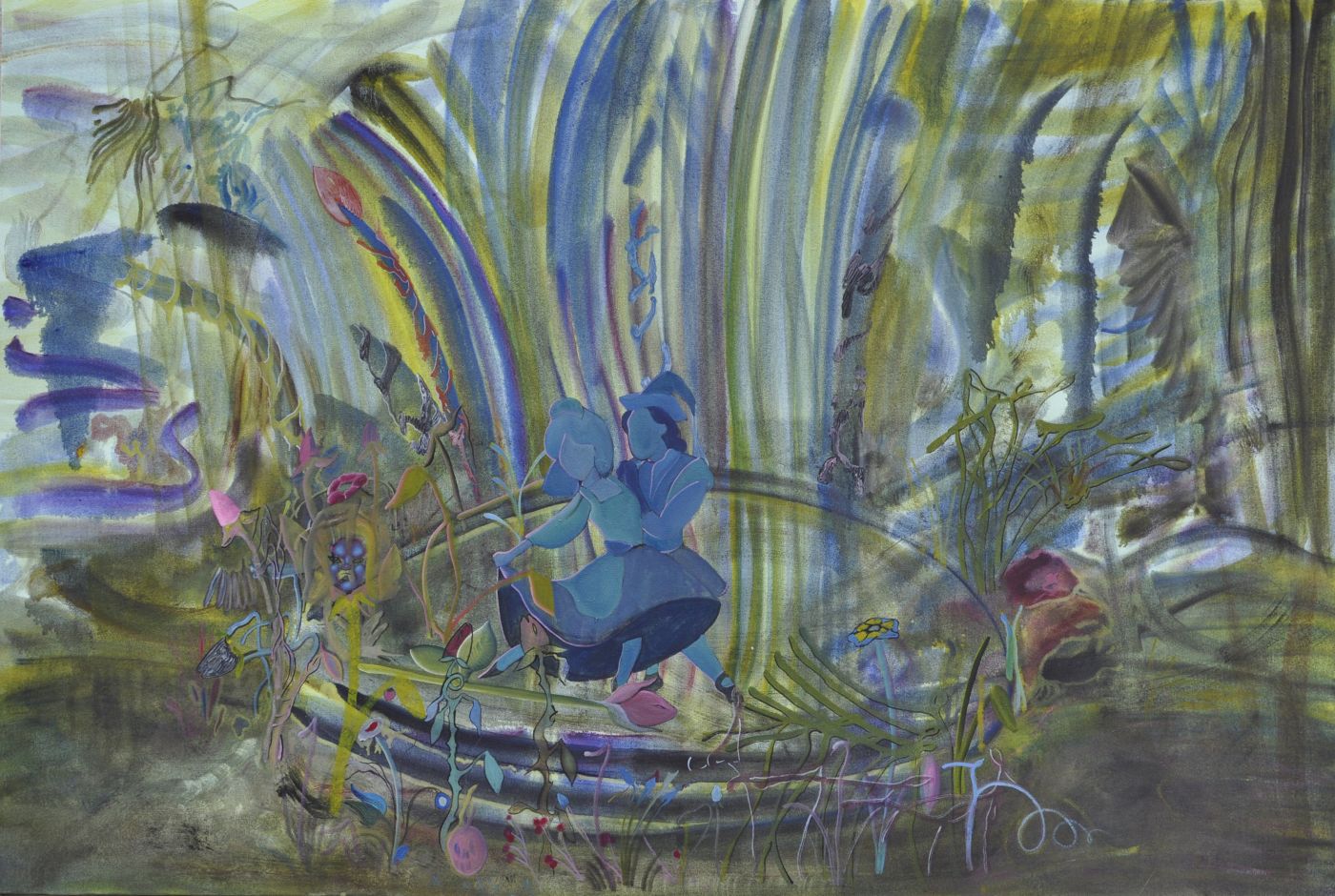 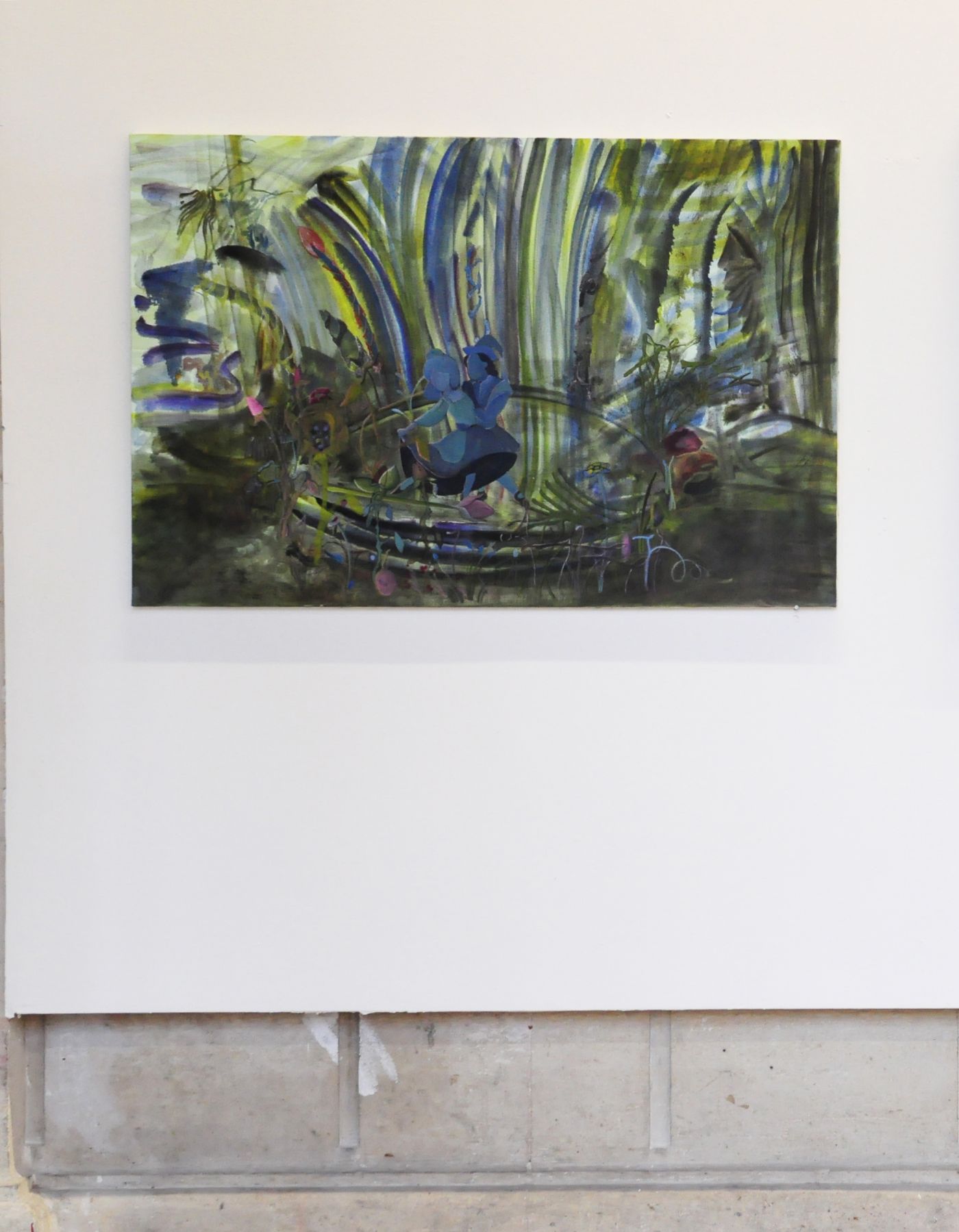 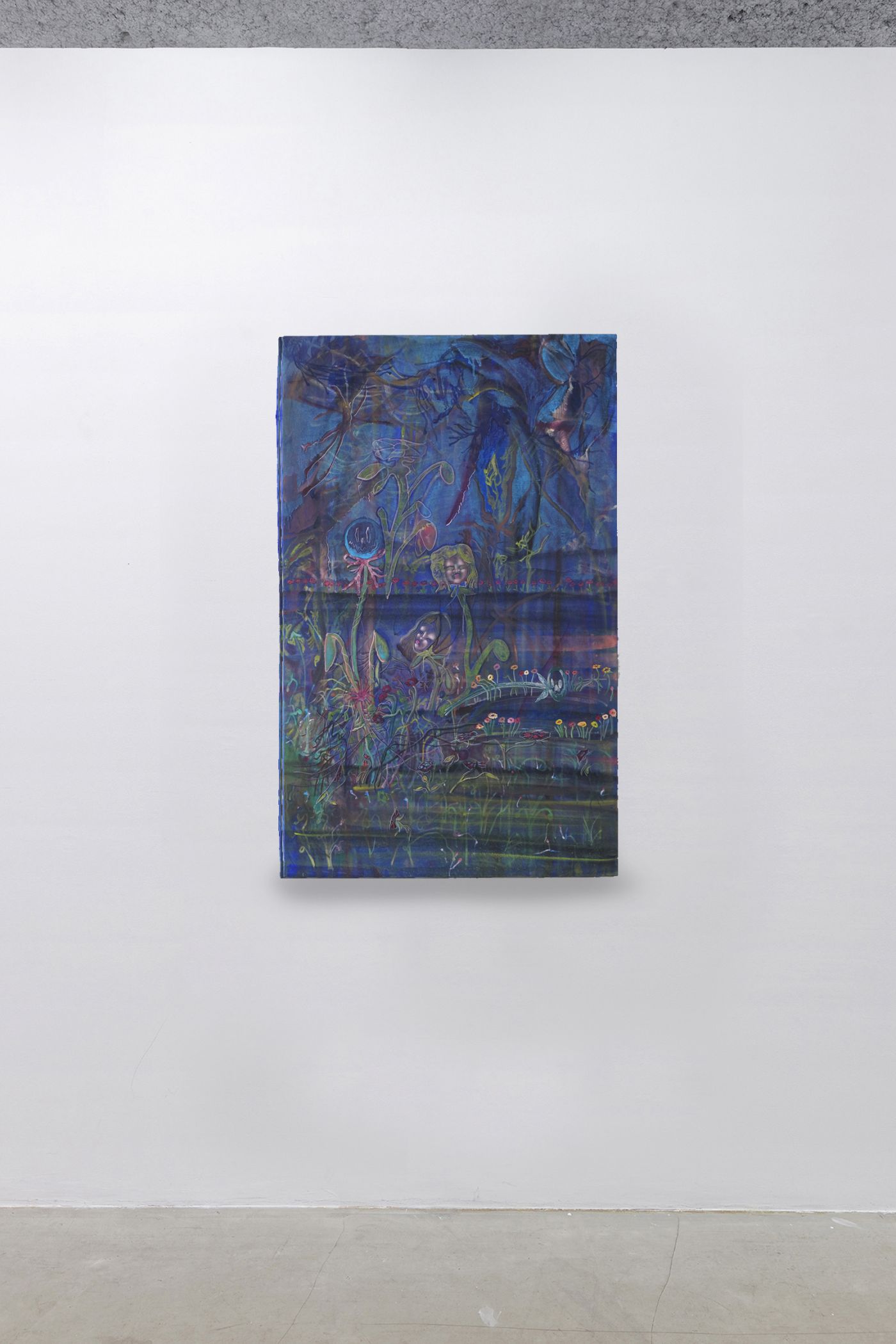 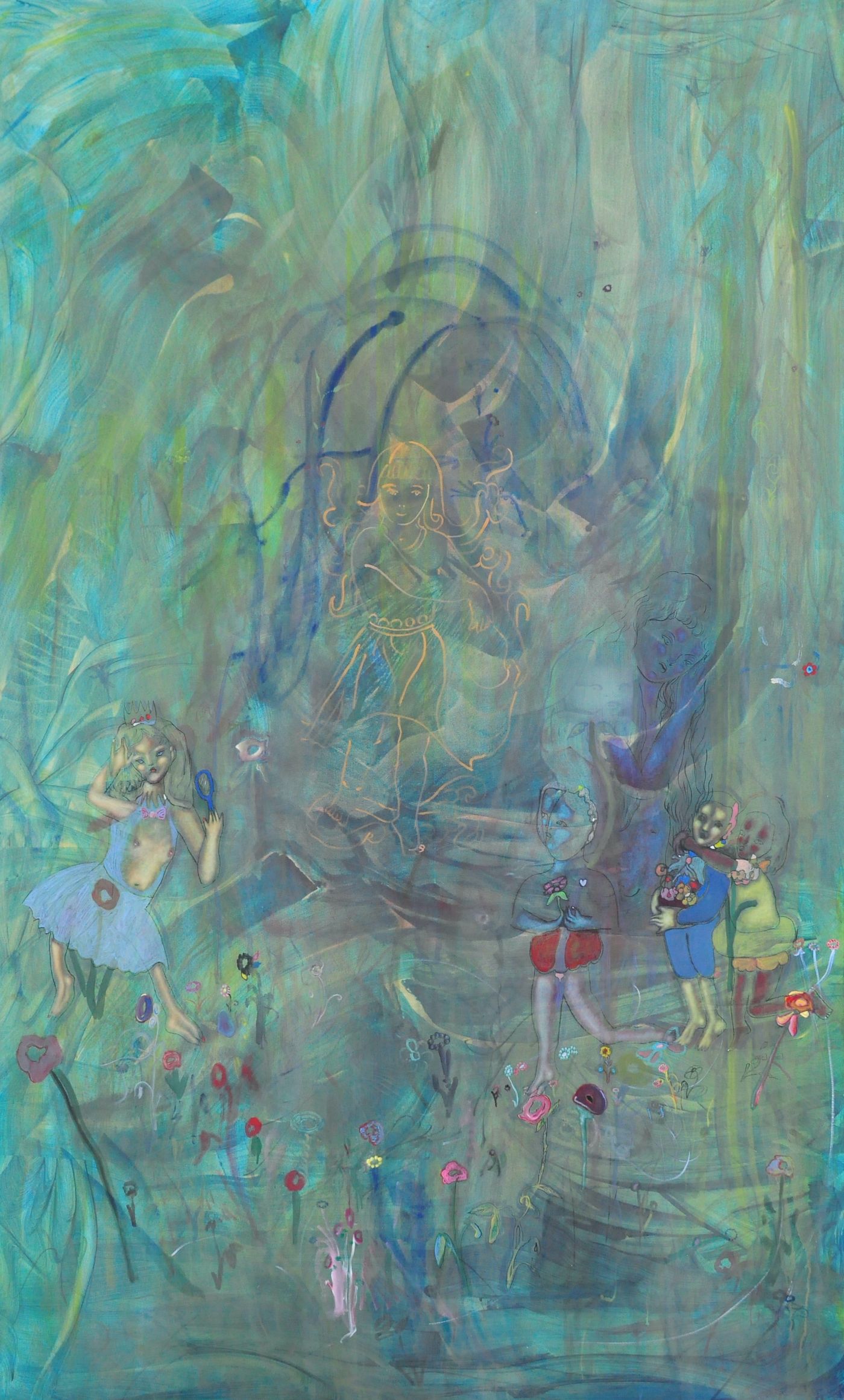 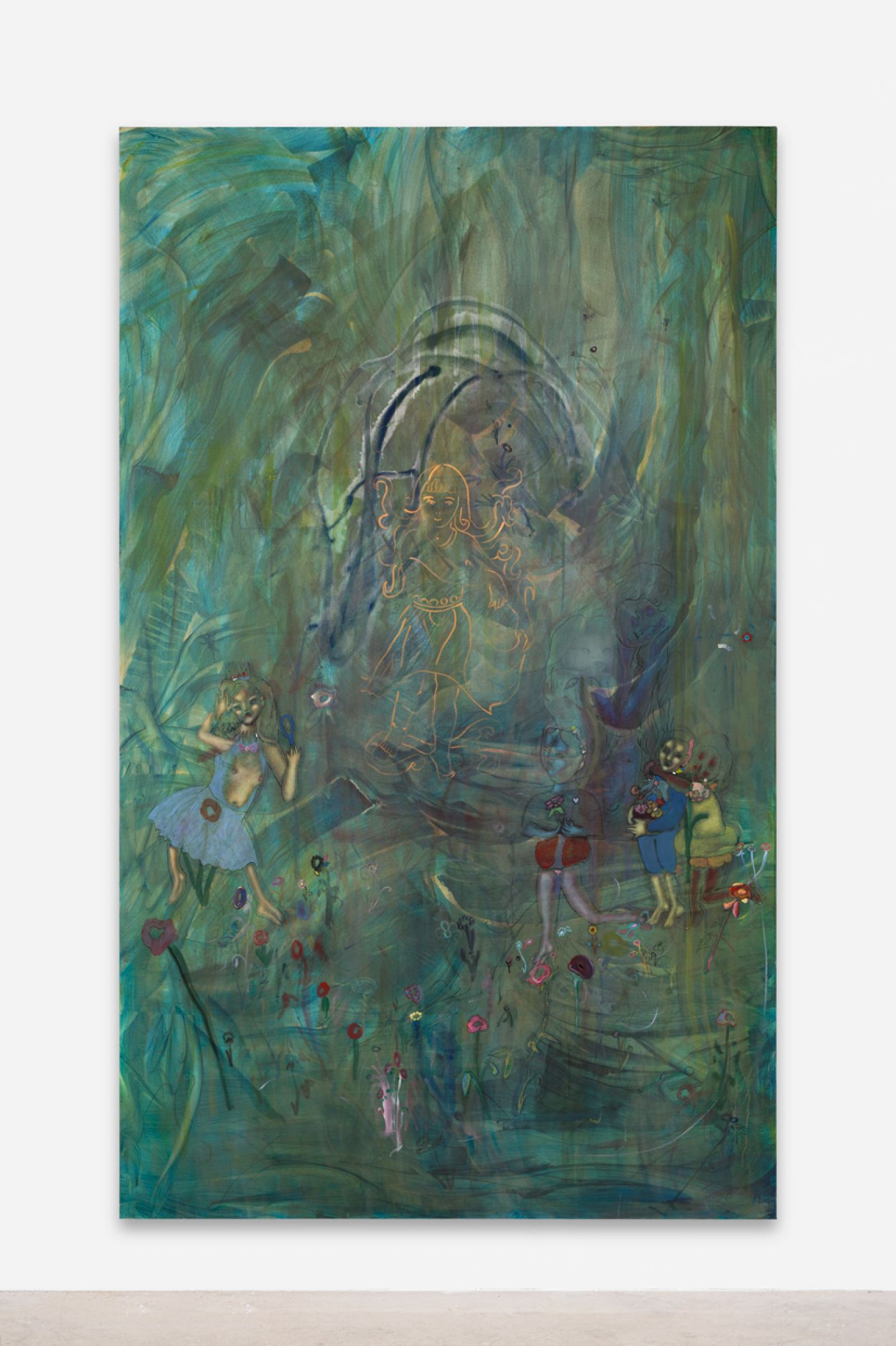 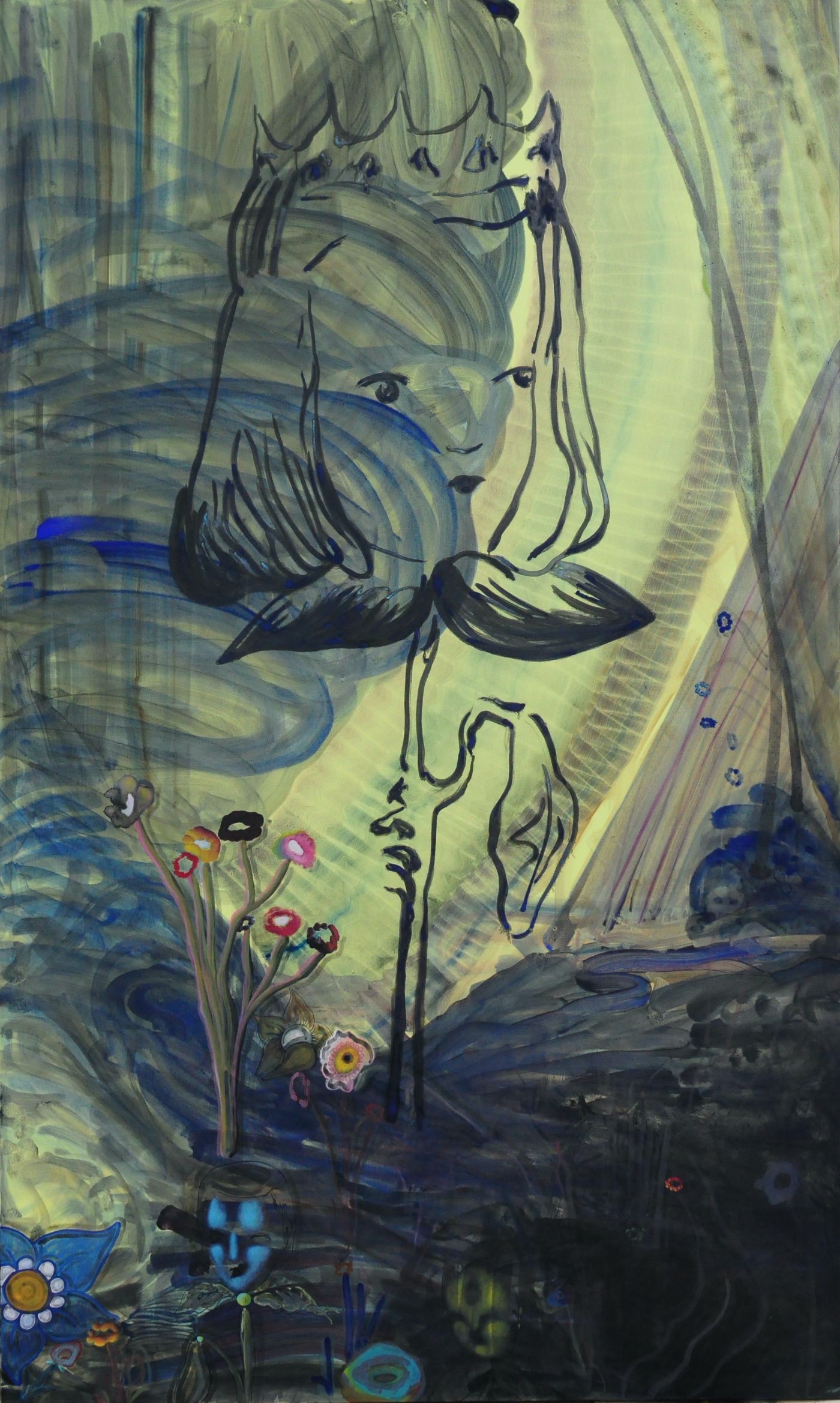 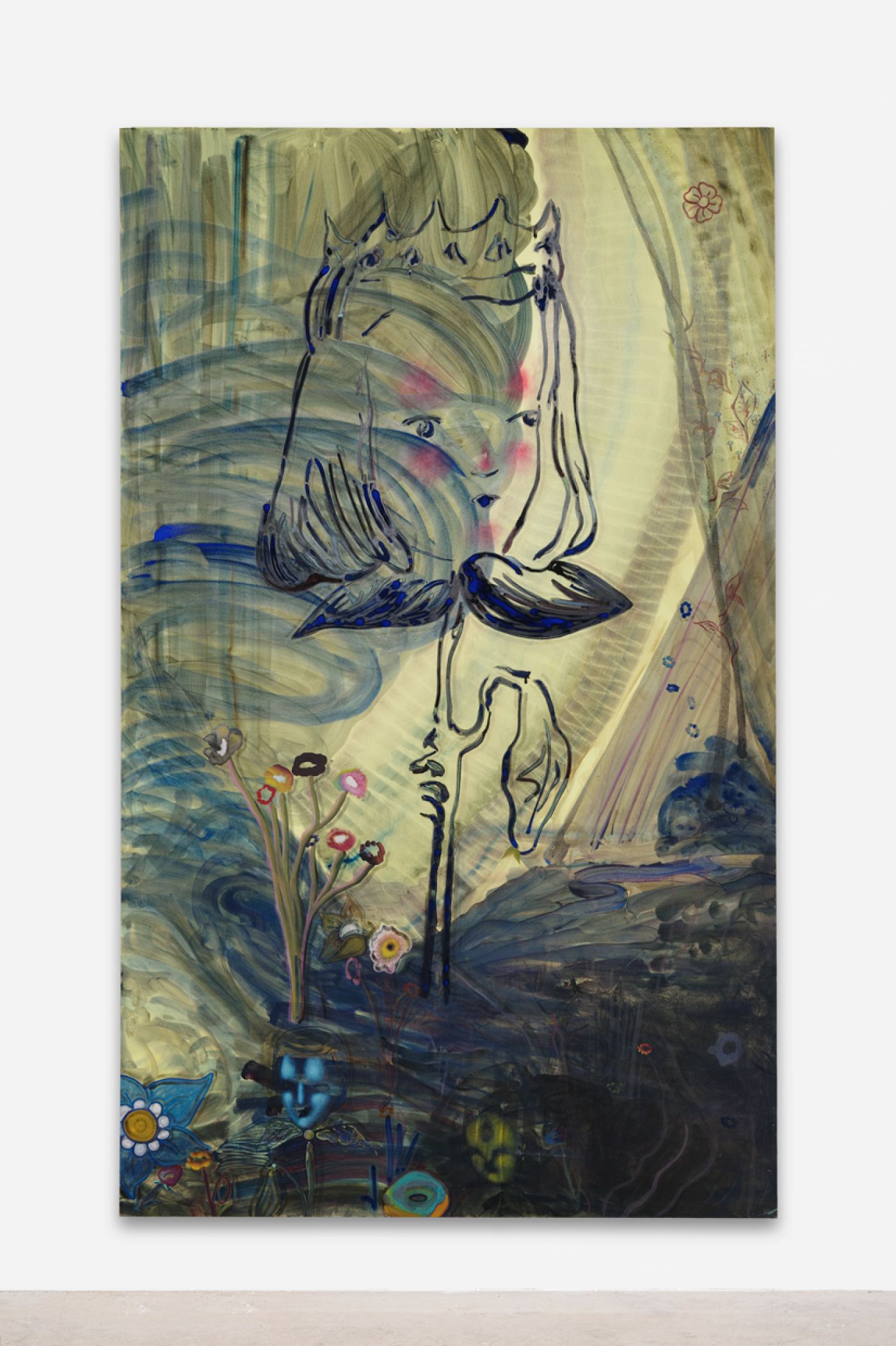