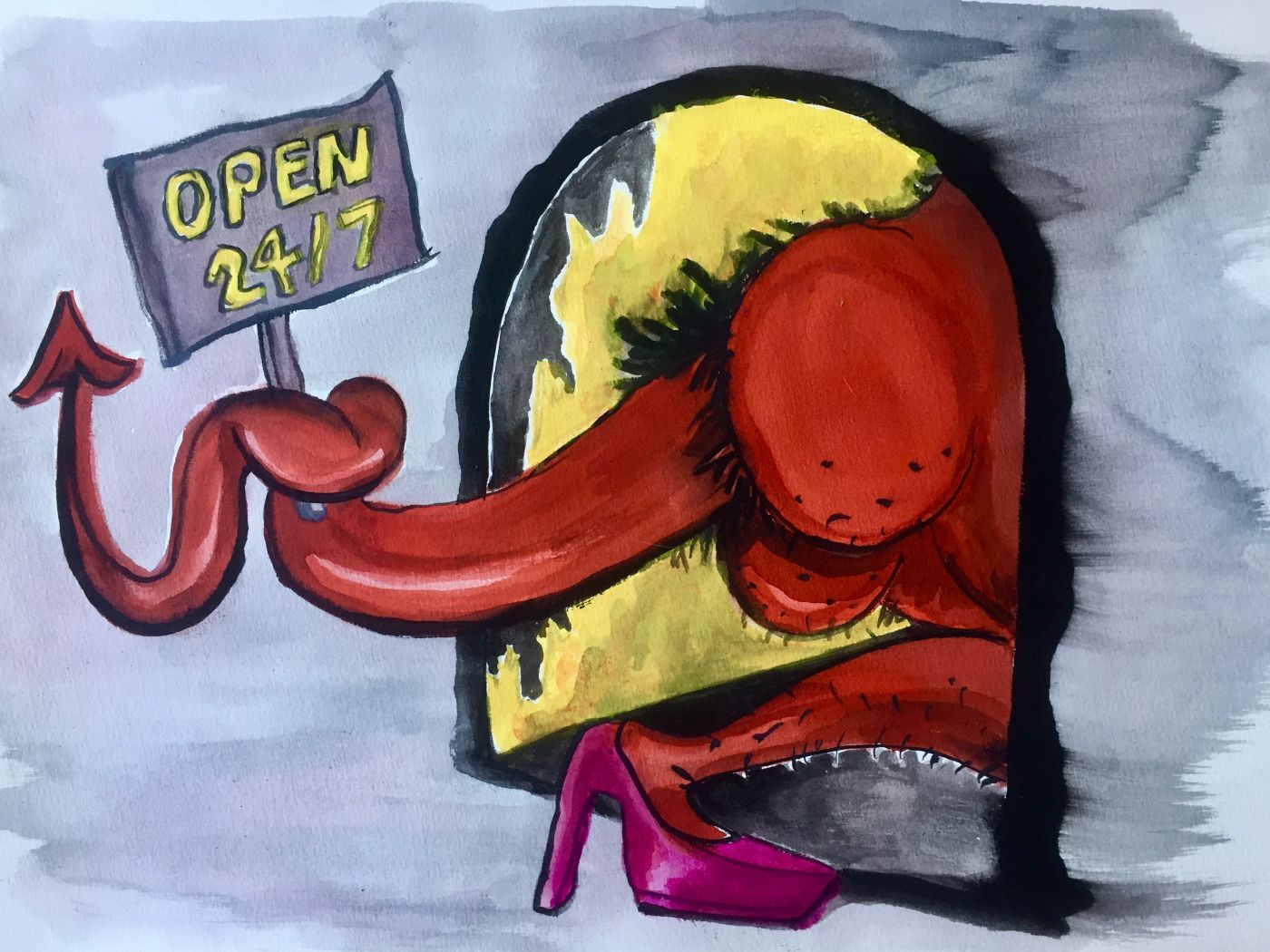 Delivered with humour and a distinct taste for the absurd, her videos and drawings tell stories from alternative perspectives, making space for the unheard and under-represented.

Puck Verkade on Plague from Zabludowicz Collection on Vimeo.

Puck Verkade’s practice centers around moving image. Shifting between the different visual modes of stop motion animation, green screen and direct to camera performance, her fast paced montages have the sensation of a moving collage; a dense juxtaposition of layered images and sounds in a cartoon reality. Since 2019 Verkade develops the characters for het video's in series of watercolours, which she also explores in large wall drawings.

For Liste Showtime we present you recent watercolours that Verkade made in relation to her new video ‘Cursed’, in which the role of the protagonist is performed by "our inner devil".

‘Cursed’ will be launched on 17 September during Kunsttage Basel as the first iteration of the Explorers Film Club, which is curated by Benedikt Wyss & Samuel Leuenberger - in cooperation with Atelier Mondial, Club Elysia, Kunsthaus Baselland, and Zurich University of the Arts ZHdK. Puck Verkade in front of her wall drawing at Artissima 2019

Puck Verkade (b. 1987, The Netherlands) lived and worked in London for the past five years, but recently moved to Berlin. She received her BFA from the Royal Academy of Art in The Hague and completed an MFA in Fine Art at Goldsmiths, London in 2017. Forthcoming shows include a solo exhibition at Wroclaw Contemporary Museum, Poland in 2021.

Verkade’s work is held in private and public collections, including the Fondazione Sandretto Re Rebaudengo in Turin, the Zabludowicz Collection in London, the Servais family collection in Brussels,the EKARD Collection in Wassenaar and the AKZO Nobel Art Foundation in Amsterdam. 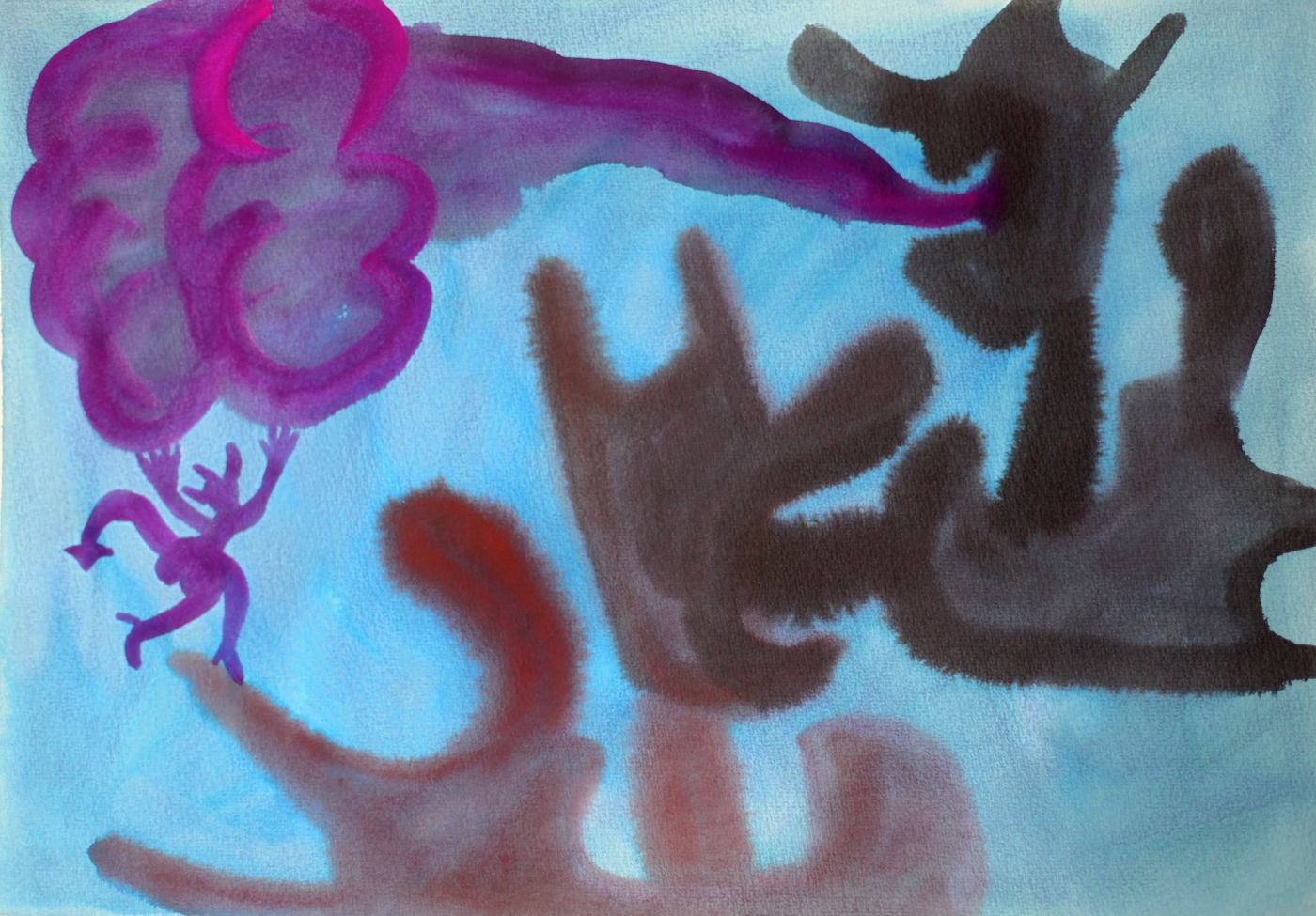