No way around beginnings, middles, and ends

“I believe every thing, object or person, is a translation from something or someone else,” Lynne Tillman once wrote, looking at “how history ranges and settles, seamlessly or roughly, in the present, […] how naming is usually re-naming.” This is from her text called “Drawing from a Translation Artist”, and I like to call Margherita Raso a translation artist, too. Raso is interested in what happens when things change skins, how information travels, and what is left or born anew when it does.

Throughout the course of 2020, Raso took over 600 bird’s-eye-view images with a drone of a rice field in Vercelli, in northern Italy, the plain that grows the most rice in Europe. She then selected four images to use to realise fabric pieces with the Jacquard loom, a device patented in 1804 that some call the dawn of computer The Jacquard loom inspired the very first analytical engine, which "weaves algebraic patterns just as the Jacquard loom weaves flowers and leaves", as Ada Lovelace once wrote. Every thread’s behaviour is determined by punched cards, a translation of the image to be woven into zeros and ones. Threads are like cables, looms are like computers, fabrics are like networks, as Saide Plant bore out, and women have not been as distant from technology as history likes to suggest.

The four images the artist chose trace the moment in spring when farmers flood the ground with water; when the land becomes a “checkered sea”, as they say; when the grid sculpted by agriculture is broken. The blue and sparse red low reliefs in the fabric pieces are the surfacing water, the surrounding black is the earth. The lines are scraggy, the squares of the field nowhere to be found. The standardised agricultural module is, by way of the loom, once again broken down into a numerical pattern, its momentary disruption in the season of rebirth translated into an unruly contour. Raso’s textiles are four metres long and hang from scaffolds made of copper pipes, but the woven images consume only half the length of the pieces – “the size of a maximum average house door”, the artist told me – with the other halves being seas of black. The door-sized images stress another standard, another gateway from one state to another, especially if one also thinks about how copper conducts heat and electricity, channelling information of some other sort.

More than 100 years earlier, these same rice fields were depicted by another Italian: Angelo Morbelli. His painting Per 80 centesimi! (“for 80 cents!”) shows a number of mondine Mondine are seasonal female rice paddy workers. bent over ground that’s been furrowed by glaring channels of water, and it was made, like many of his works, over a rather long period of time (1895–97). Morbelli was a champion of the Italian Divisionismo movement, defined by a style of painting separating pure, unmixed colours into individual dots or patches – not brushstrokes – which interact optically with each other. The title Raso gave to this series of works, “Lentezza” (“slowness”), could be an homage to he who came before her, dissected paddy fields into units, and foreran pixels on a painted canvas. Or maybe it’s just another way to translate – naming is usually re-naming, as the saying goes.

Divisionists drew from Symbolism the revaluation of mysticism, the closeness of music and painting, and the correspondence between nature and our inner worlds. I am not sure Raso really addresses the self or the spiritual realm, but the show in which she debuted these textile pieces, “Casting the Tempo”, took place in the bell tower of a medieval church in the Principality of Lucedio, in the region of Vercelli. On its counter-façade is a fresco depicting a pipe organ and a piece of sheet music called “Lo spartito del diavolo” (“the devil’s score”) – when one plays the song backwards, the evil spirit, who some say haunted the monks in the 17th century, is allegedly called up. It is the only image that has stood the test of time in the building, and it’s a representation of sound – another conversion of one language into another.

What interests Raso here is not magic but rather, again, transmutation. Following some Divisionist trail to spin the simulacrum with sound, she invited American musician Kali Malone to turn the fabrics into compositions. By examining only a few millimetres of a woven Jacquard pattern, Malone developed an algorithm to determine the equivalent rhythmic durations, canonical structures, and octave variations for the organ. The resulting piece played on the top floor of the tower, where the real rice fields are visible from 36 metres above the ground, near the silent church bells. Producing minimalist drone music, Malone’s algorithm is more than just the sum of its code, coming close to something like trance – the humming, hypnotic, obsessive sounds rewiring the brain’s synapses into yet another altered state.

The core of Raso’s (and Malone’s) work is grammatical – a grammar that points to a living tissue. “Even the most ornate and complex of woven designs retains this connection to the warps and wefts,” Plant wrote Sadie Plant, Zeros + Ones: Digital Women and the New Technoculture, 1997, p. 67.. When images are painted, say, on a canvas, signs are made on a backdrop that stays just passive. “But textile images are never imposed on the surface of the cloth: their patterns are always emergent from an active matrix, implicit in a web which makes them immanent to the processes from which they emerge.” Raso shows how matter and process are carriers of messages, significances and forms, which do not lay before us like Christian icons or ornaments. And she does so with something dangerously close to decorative or applied arts – endeavours with prearranged or bridled meanings – like a mondina at the loom ready to please with beauty, phallogocentrists may be tempted to say. Patterns of action, Raso stresses, are more than the sum of their rigorousness, as meaning is not spread on the phrase like butter is on bread, Maurice Merleau-Ponty once said; it is embedded therein. Translation is an obsession in her work, understandably, as it traces the journey of sense on the back of languages, codes, and information systems meant to ordain events before they happen – how it ranges and settles on the matrix of zeroes and ones that form every thing, object, or person. 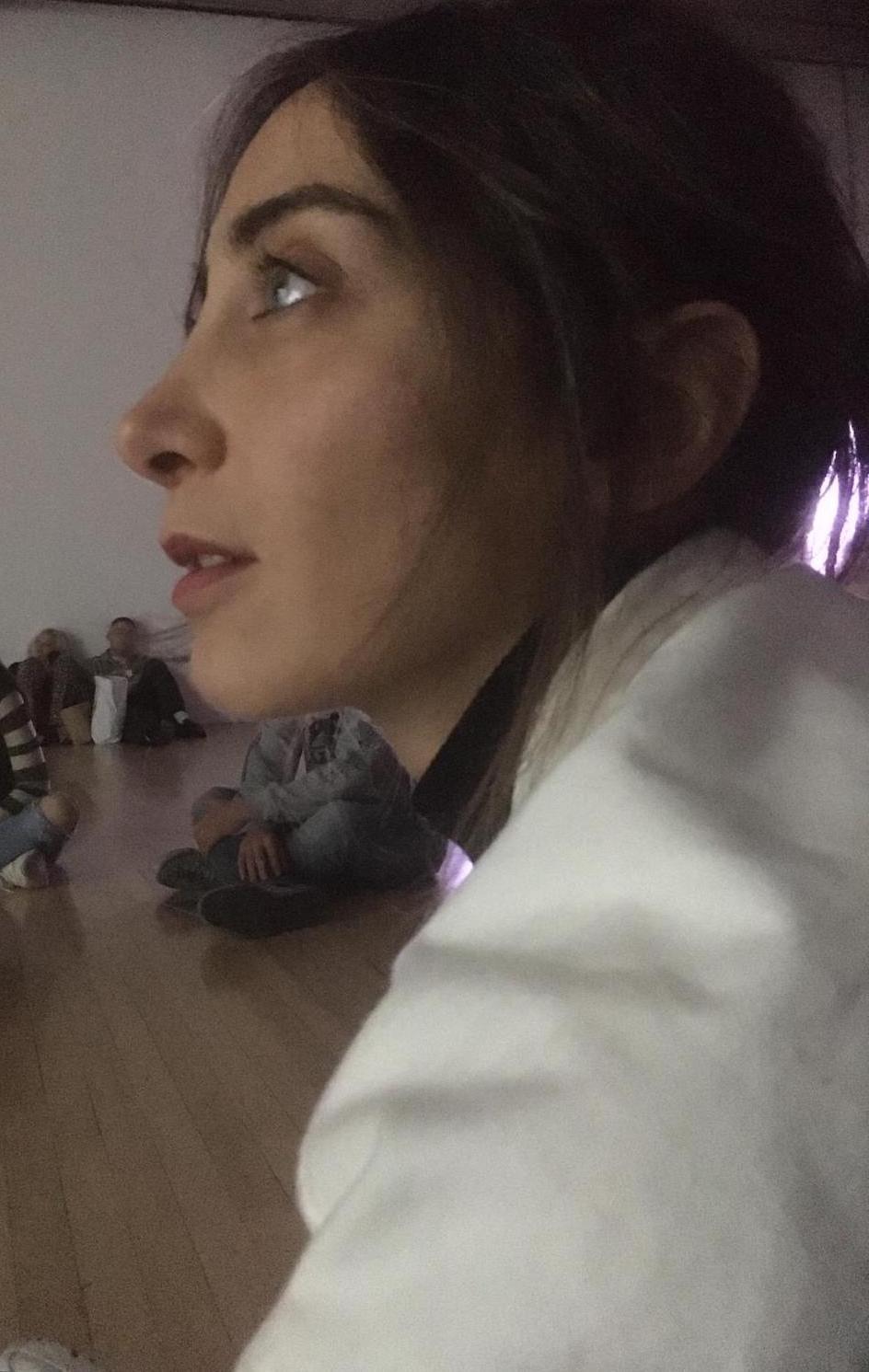 Isabella Zamboni is an editor at Spike Art Magazine. She lives in Berlin.