Andrei Pokrovskii (b. 1996) works are devoted to the problem of relations with various places, the issue of attachment to spaces (real, mythical or virtual) through the experience gained in their context: sensual and behavioral, meditative and emotional. In his works there is always a “stage” with the characters who inhabit or come from this place. On this “stage” the scenery controls the characters-actors through the created atmosphere and conditions of stay. In this way, through the body manipulations both actors and viewers gain the exceptional experience of staying in a particular location.

The project titled “The Outrage at Westminster” comes from a small note on the margins of the Westminster chronicles — a document, which, among other things, describes the burglary of king’s treasury on the grounds of the abbey in 1304, attempted by Richard of Puddlicott. 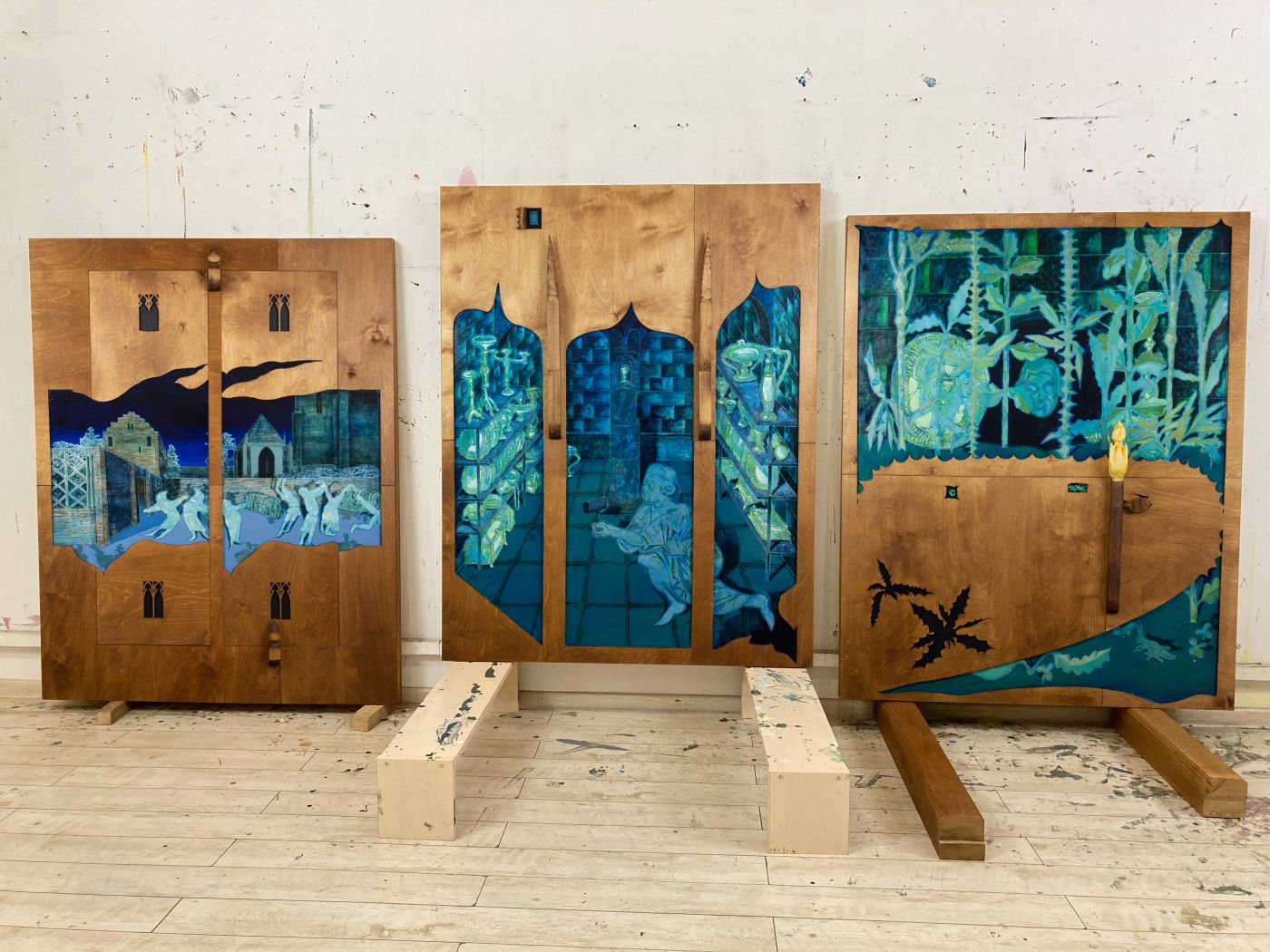 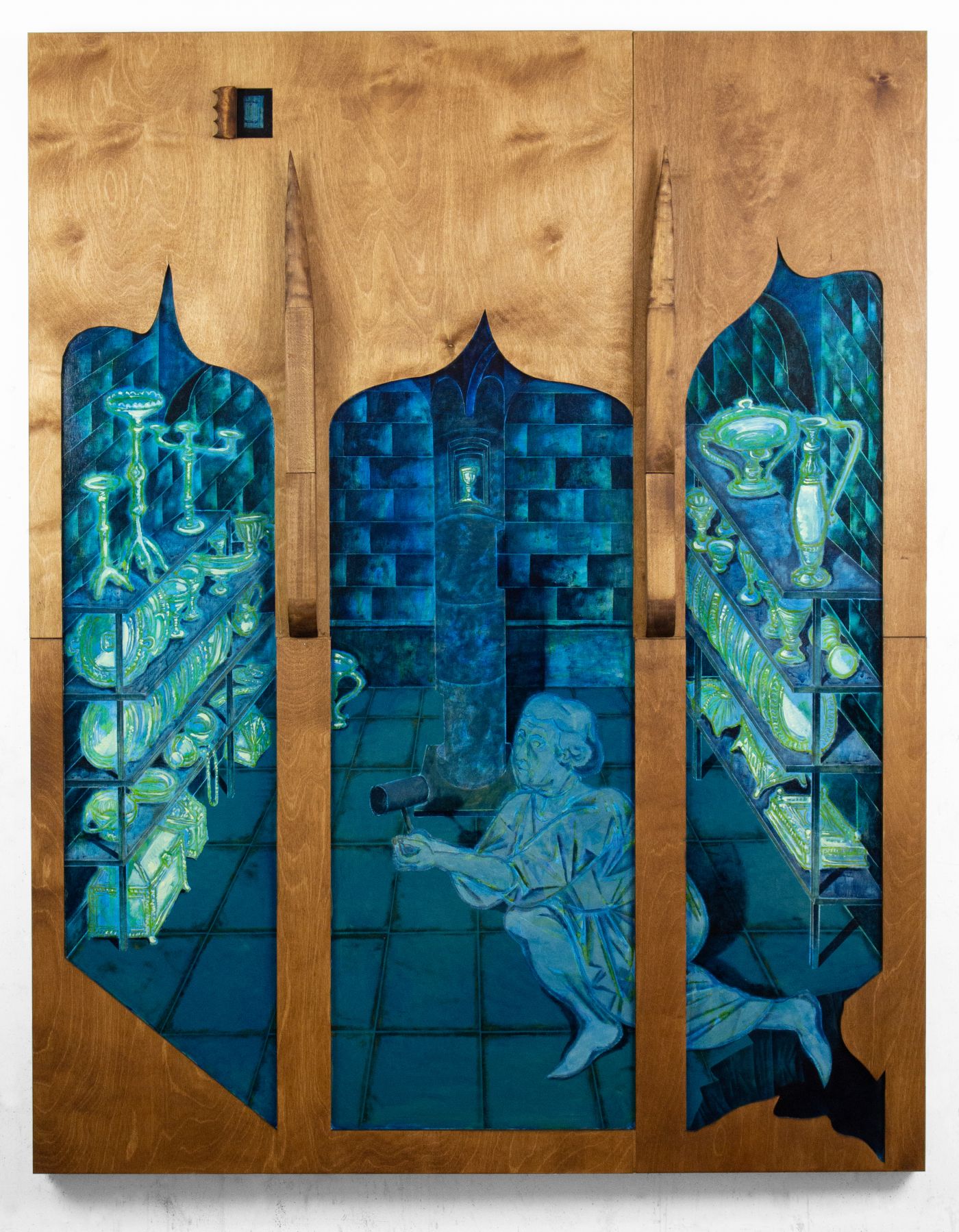 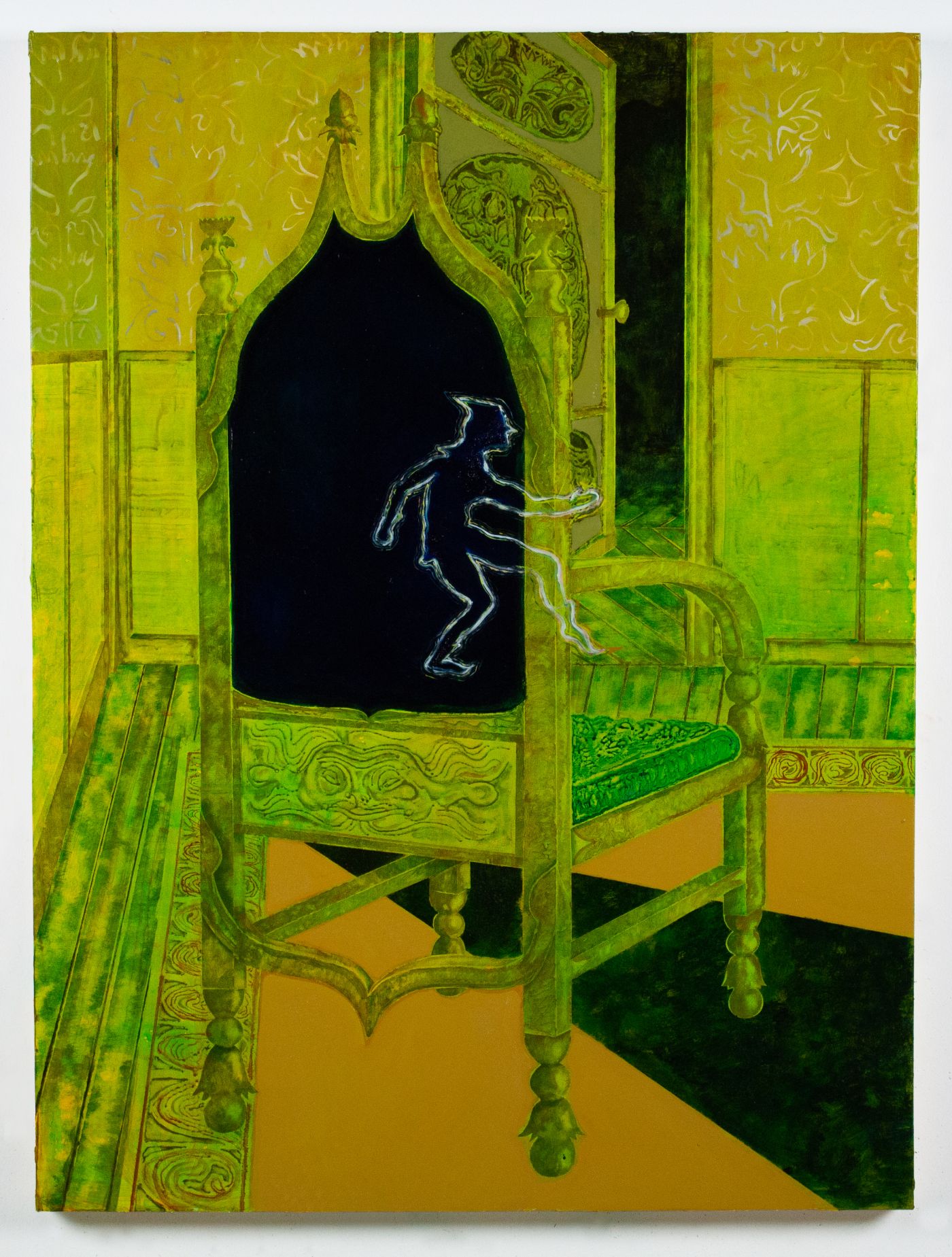 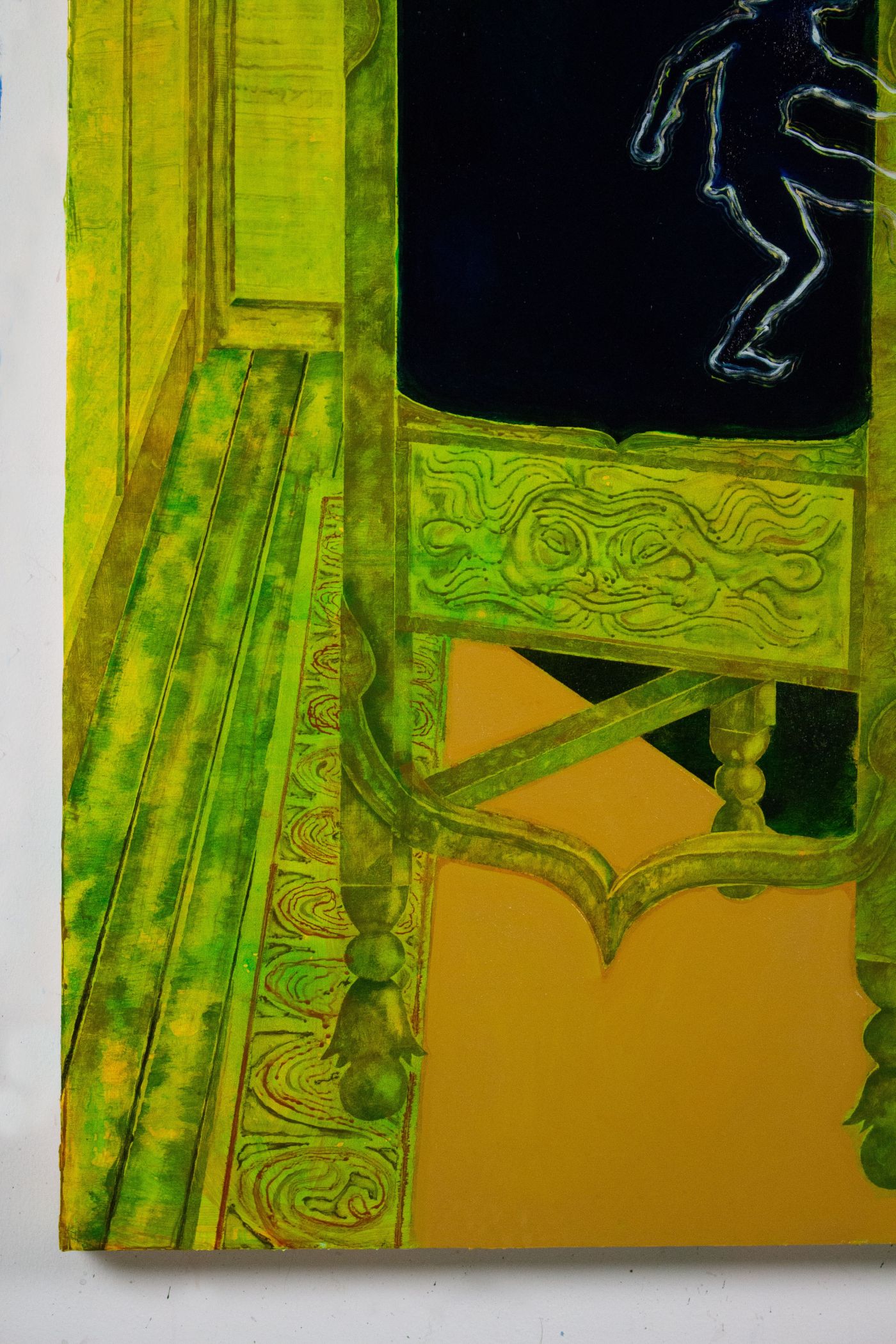 Andrei’s cloisters are the example of a perfectly isolated system which is “taken out” of the outside world and the familiar contexts. As if in the old video game setting, we know nothing about the location - the space only possesses a hint of the backstory, the vague present and future. The monastic world-level accommodates-loads so few character-inhabitants that a guest, in the same way as a viewer, only lonely wanders through the half-empty and narrow interiors-dead ends, along the locked doors and passages - the islands of new medieval ensembles, - and in this at first sight low-interactive space a guest is given the role of an observer.