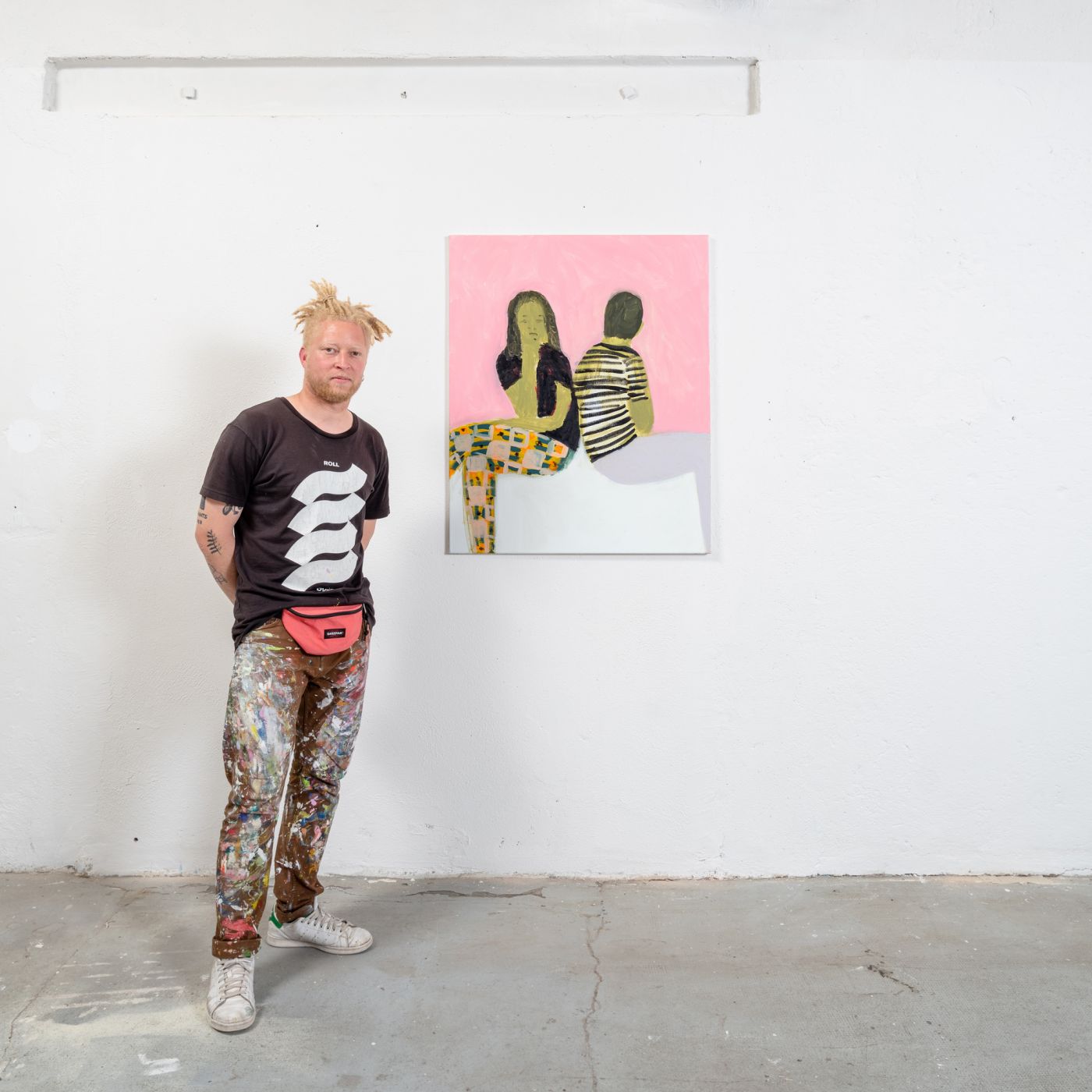 lives and works in Besançon

Olympio’s multivalent approach to art making is influenced by his mixed cultural upbringing. Born in Lomé, Togo, Olympio moved to neighbouring Benin a few years later, and eventually took up his studies at the Beaux-Arts in Besançon, France, where he lives and works today. His experience of bridging Beninese, Togolese and French cultures (and territories) has brought about in him an interest in those more or less tangible spaces that connect or separate us - the overlaps or intersections that exist between people, beyond the usual social-cultural identifiers (race, gender, religion) that continue to bind us.

He states, “I observe the world around me. I look at the people I meet in the street but also the more distant world that I see through social networks. My portraits are about attitudes, they do not represent defined people. Maybe we can talk about archetypes but I prefer to talk about attitudes.” 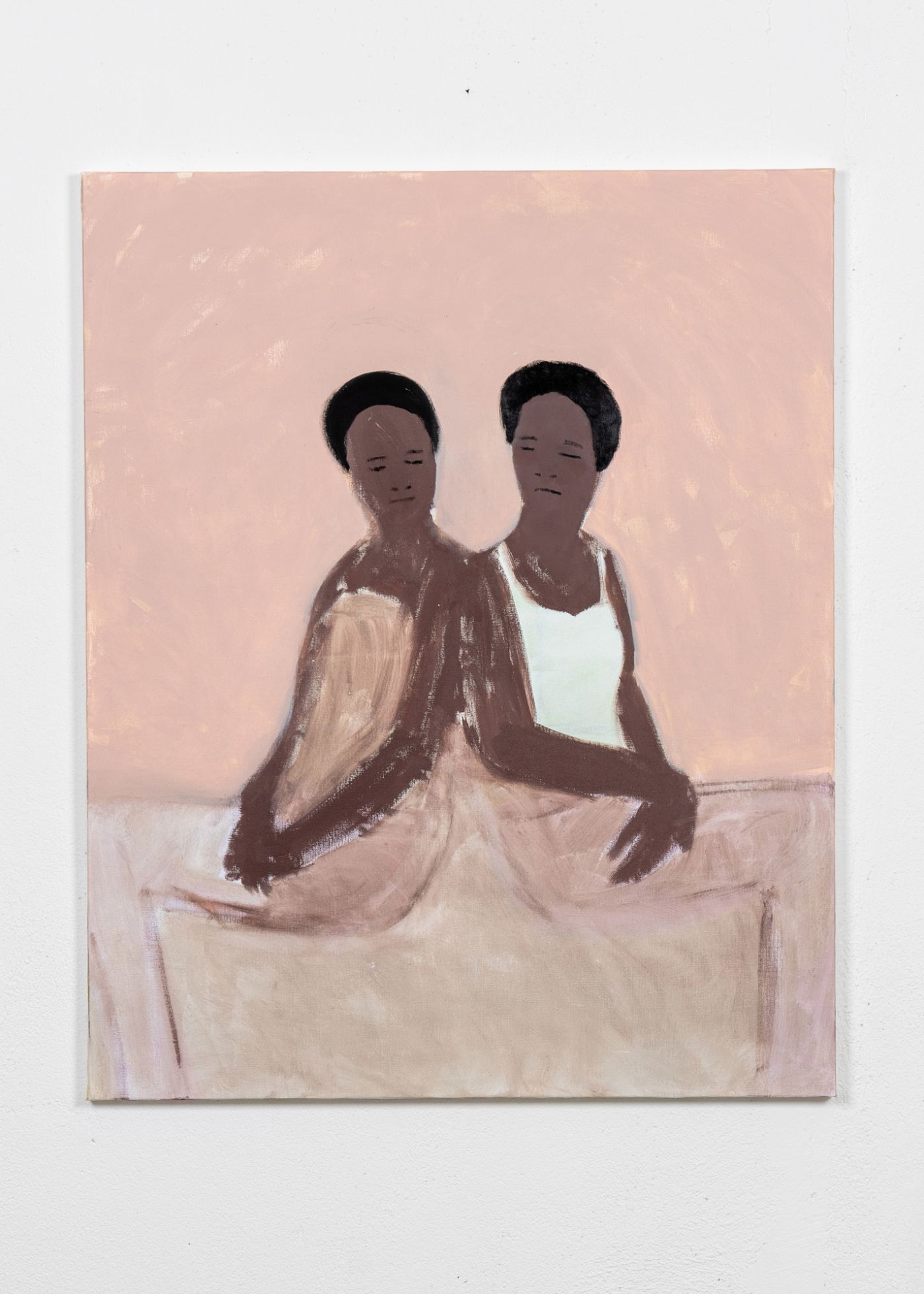 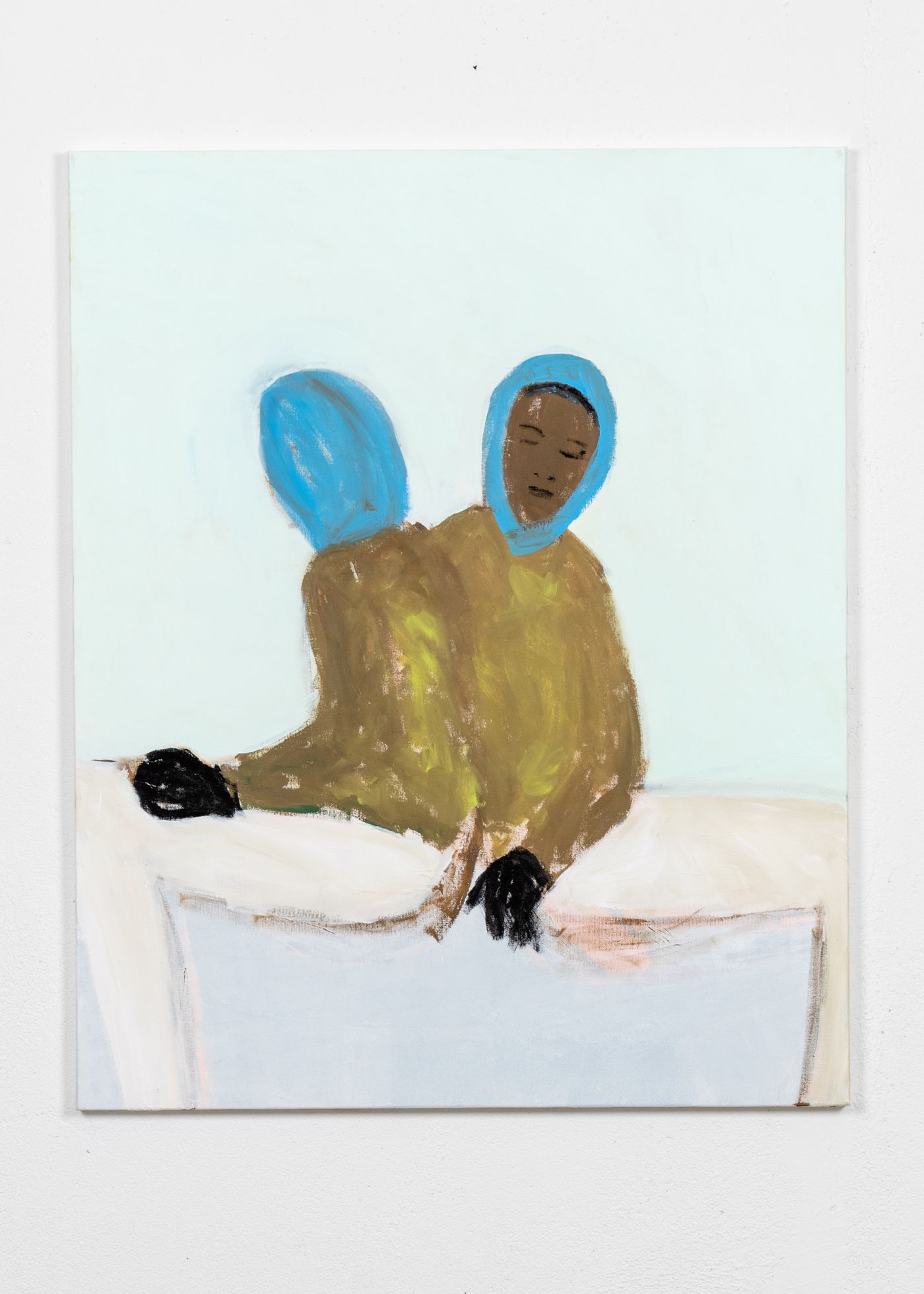 On the formal aspects of his paintings, Olympio says, “I choose the positions of my subjects for their plastic interest - I play with the colours and shapes given by these postures to create an image.” In his compositions, the negative spaces created by the gestures of the body are as considered as the form of the body itself, resulting in a picture plane that is both flat and dimensional. His subjects themselves are composed from multiple sources - a haircut seen online, a person in the street, a photograph or a colour - all of which are pieced together to form a single image. Although they are most ... 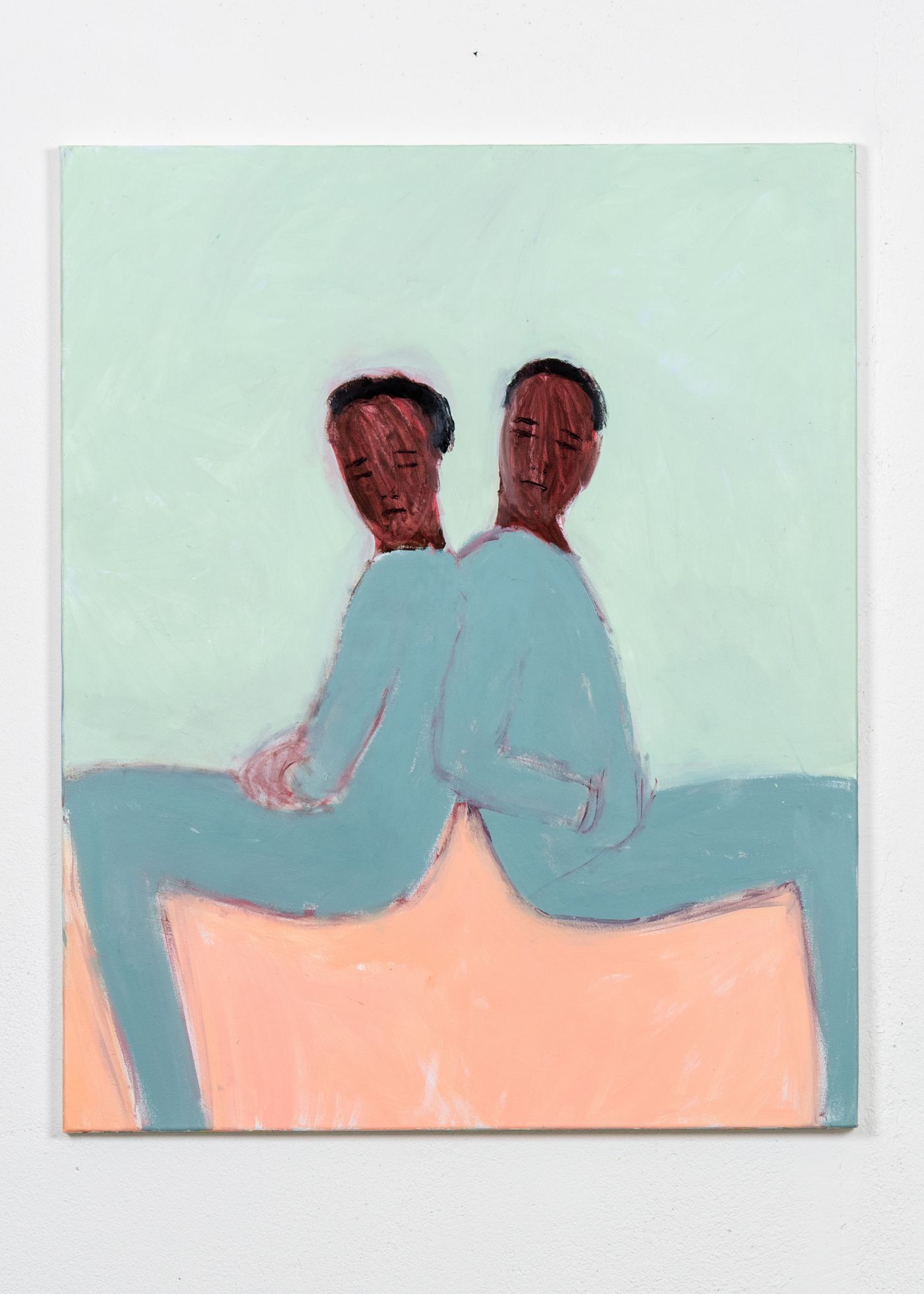 Olympio’s sensitively rendered paintings, expressive yet precise in their simplicity, speak to his view of culture and identity as ambiguous and fluid. Wavering at the limits of abstraction, his subjects refuse clear definition; their edges moving in and out of focus like the outlines of a plural society. At times withholding their fixed shape, he emphasises the amorphous nature of individuals and cultures, and asks such questions as: how can we define ourselves in an increasingly globalised world? Are we that different? What are our common points?

Olympio's series of new acrylic paintings repeat the same composition: two seated figures, back to back, divide their background into two colour fields. The relationship between subjects is unclear; are they twins, couples, or just a duo?