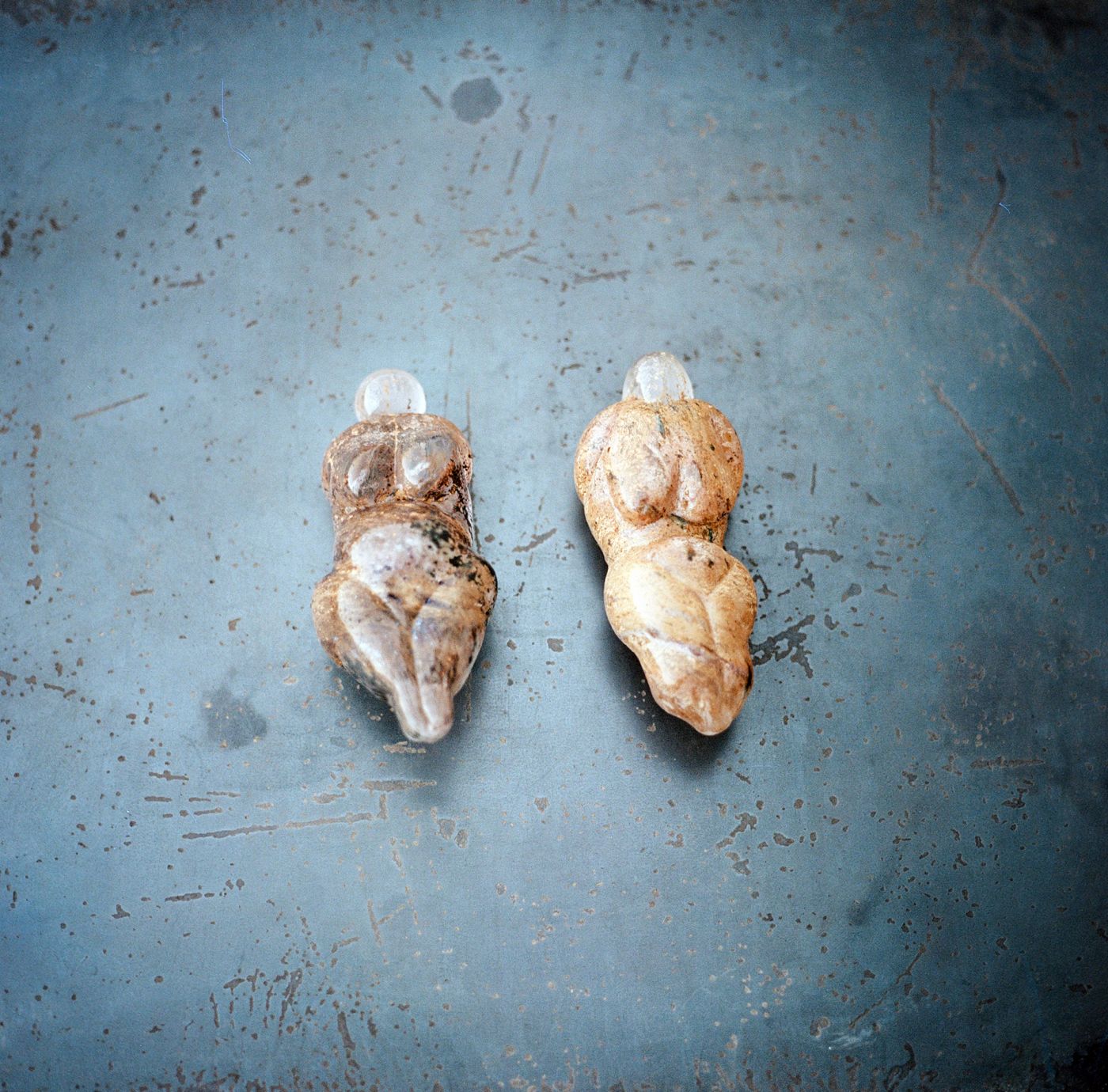 mountaincutters is an artist duo whose practice inquires into the nature–technology binomial through hybrid concepts situated between geology, landscape and gesture. Creating mainly site-specific and site-sensitive installations, their work echoes a seemingly theatrical and obsolete landscape. Materials such as steel, ceramic, glass, found objects, debris and rotten textile coagulate imperfect shapes, absent bodies, and organic prostheses. Permeating an Arte Povera drift, the sculptures embody the dissolution of the matter as it occurs in the current object–capital logic. Incomplete Venus (2022) is a large-scale installation entailing one to five filiform sculptures standing as a post-humanist interpretation of Giacometti’s bronze oeuvre intermingle and carry on their skeletal structure small, fragile and semi-deformed glass sculptures. Resembling totems and displaced bodies at once, the installation becomes somewhat suspended between construction and destruction, the glass forms suggesting a sense of simultaneous entrapment and multiple departures points. The artist duo's artworks become tools for other personal histories to unravel, territories to unbound, and bodies to become vulnerable. The hierarchies of perception find themselves rearranged. While the development of industrial societies forged an able-bodied system and increased productivity as a way of valuing the body, the artists rather convert it into a vulnerable and imperfect entity. The wall-based works are collages of debris and materials that create new potentials and meanings. Made of metal, wood, found objects, copper, found padding, found photographs, and other microelements, these works form a cabinet of curiosities that unveil a familiar and uncanny connection to what we know of as objects. 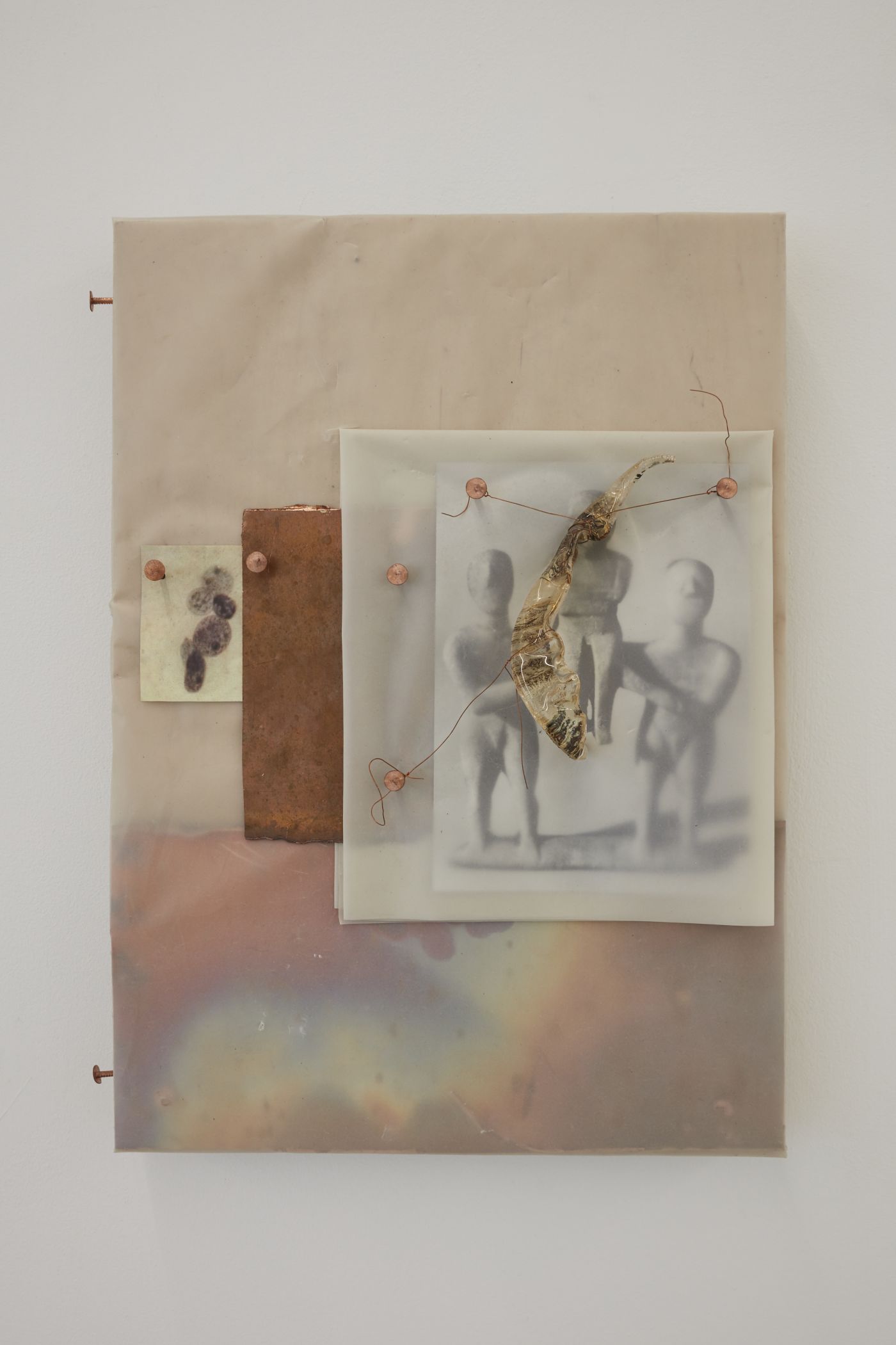 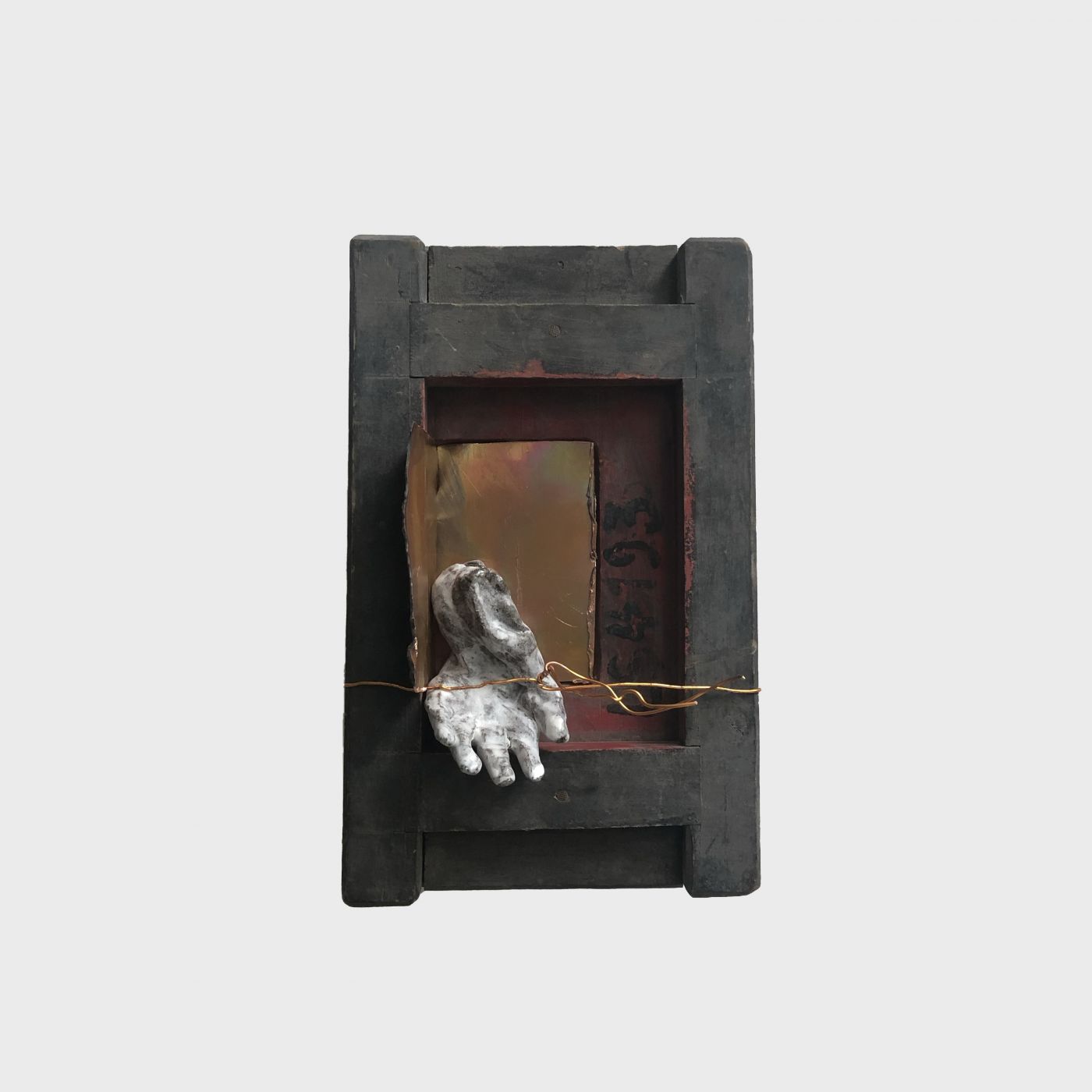 mountaincutters is a hybrid identity, an artist duo born in 1990 and currently based in Brussels. Graduated from ESADMM (Marseille) in 2014, their main practice unfolds site-specific sculpture and installations. Between 2016 and 2017, they had exhibitions and residencies in France and Belgium (STRT KIT, Air Antwerpen, Studio Start, Extra-City Kunsthal in Antwerp, 61st Salon de Montrouge in Paris, CAB Foundation in Brussels).

In 2018, at the invitation of Guillaume Désanges, they developed their first solo show in a French Institution, the SPOLIA project, as artists and co-curators, at the Grand Café Art Centre in Saint-Nazaire. In 2019, they had solo exhibitions in the Centre Céramique Contemporain La Borne (FR), and also at the Creux de l‘Enfer Art Centre in Thiers (FR), exploring the porosity between industrial reminiscences, geology and labour. They were nominated for the Aica Prize, the Prix des Amis du Palais de Tokyo and were the laureate of the Region Sud prize during Art-O-Rama in Marseille. In 2020, they did research on glass and ceramics during a residency at La Fondation Martell in Cognac (FR), and participated in the Biennale Miroirs #3, Parc Enghien (BE).

In 2021, they had their first solo exhibition in Belgium at La Verrière - Fondation Hermès, in Brussels; at Art-O-Rama for the Region Sud Prize, at the MAGMA Triennial (BE), and at the Middelheim Museum, Antwerp, for the Young Artist Fund. The work presented was subsequently acquired by the Flemish Institute and is now part of the Middelheim Museum‘s collection.