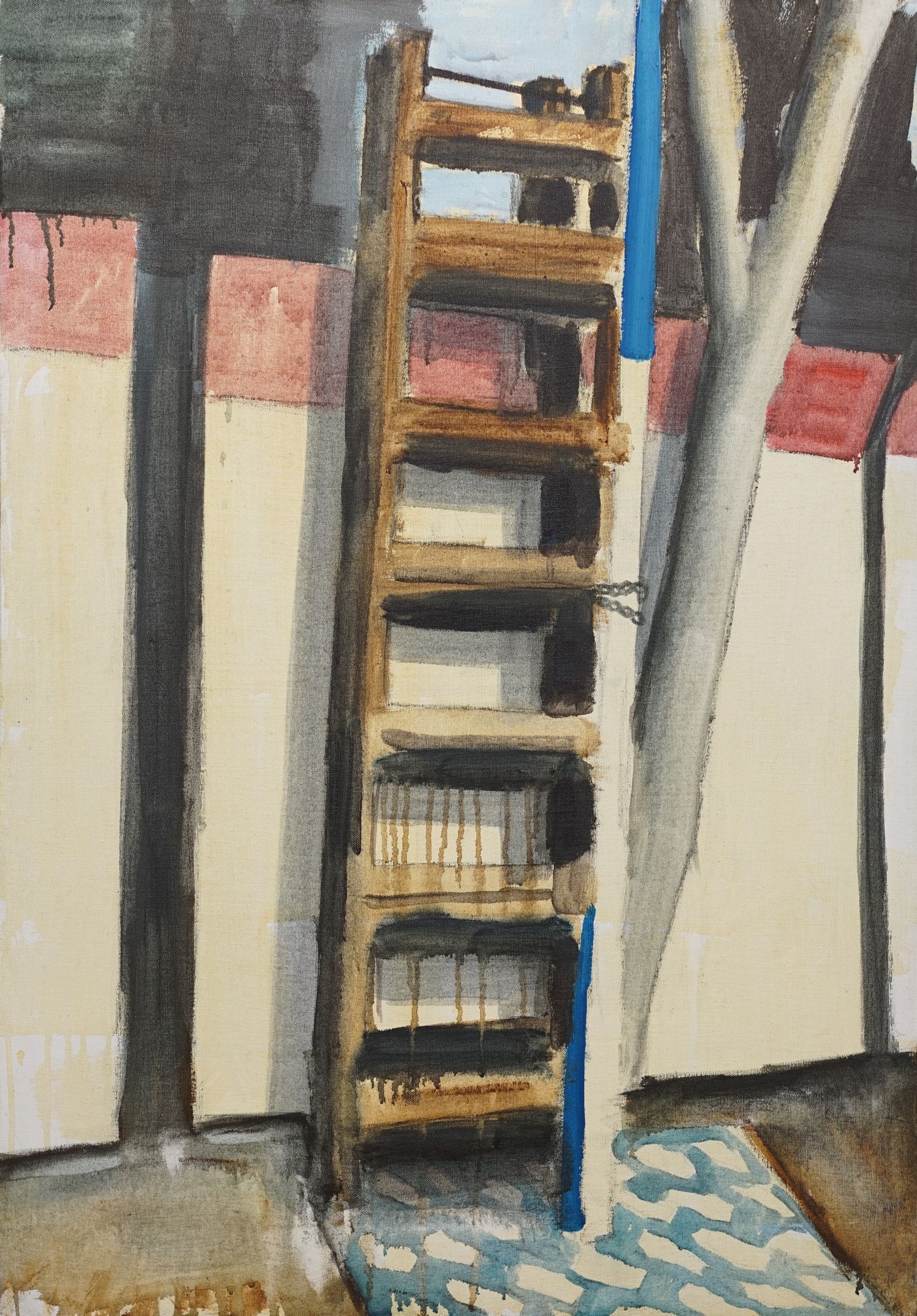 Omar Fakhoury’s most recent series of paintings and works on paper, Things and other Things result from encounters in the exercise of living. They belong to the realm of affect and world-building, extending the artist’s impulse to shift power dynamics between the big and the small, the grand and the trivial through the act of painting.

I moved houses and studios a year ago. In the boxes I found a lot of objects broken either before or while moving. I started painting them one after the other. Some other objects were broken while I was painting the other ones so I painted them too.

A broken record, a pair of sunglasses in two pieces, half an ashtray, a wrecked dildo, a smashed brush, constitute the series fragments. Carrying life by withholding memories of people and moments, this series belongs to the intimate, the biographical: an object broken by his daughter, a relic from his father or a remnant of a past time. These everything but dead- object paintings - can one say living-object in opposition to this? – are the manifestation of affect in what they represent and in the act of painting them itself. They are like forensic photography-type images of an act of living in progress.

Some things belong to the confines of the home or the studio - and how much did the pandemic awaken these relations! - others to the street, to life outside, outdoors, where a wider number of relations emerge between people and signs, urban nature and all sorts of natural or plastic species. Fakhoury’s consideration of the city as a stage, a theatre for the surreal and poetic to perform is a concept he has been pushing with his site-specific public intervention practice.

There is agency including political power that lies at the periphery of what is commonly valued as such. By working on the ordinary, the mundane and restituting the power of subjectivity and affect, Omar Fakhoury’s exhibition transpires desire, thus life.

These monuments of the everyday with an ever-changing usership value have become allies of human manoeuvres for survival on and off the sidewalks of our broken city. Eerie, cheeky, surreal, funny and all of them at once, these things and other things are a landscape of affect in a time when values, including our relationship to things, are shaken, questioned and celebrated as never before.

The artist primarily works with painting, although he also explores video installations, and site-specific urban sculptures and interventions. His work concentrates on Lebanon’s complex political and urban fabric. His interest in public space and the elements marking territories is manifested in his latest painting nd sculptural works.

He received a Bachelor in Painting and Drawing from the Lebanese University, followed by a Masters of Fine Arts from Paris I- Sorbonne in 2004.

He is currently a lecturer at the Lebanese University (IBA II).