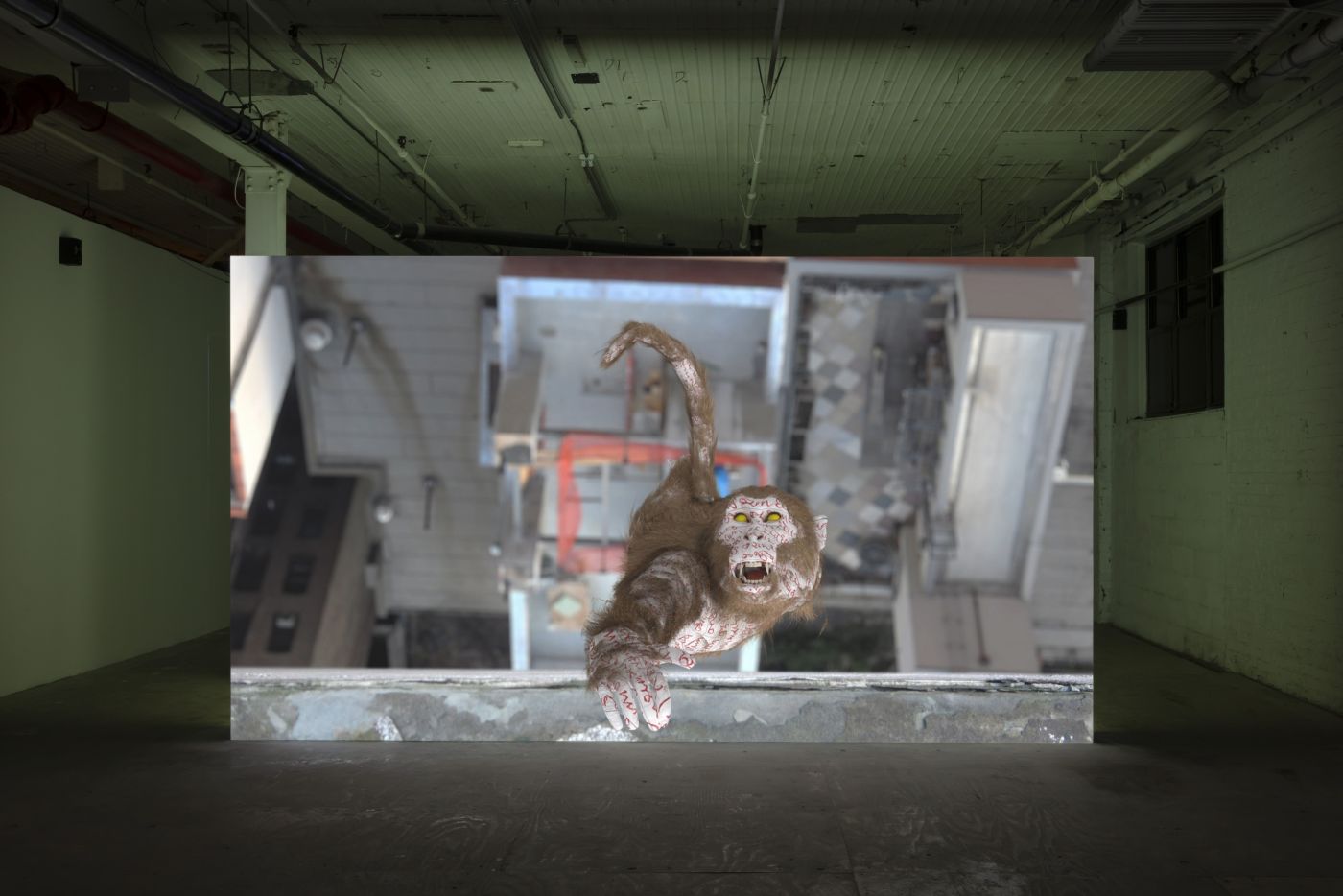 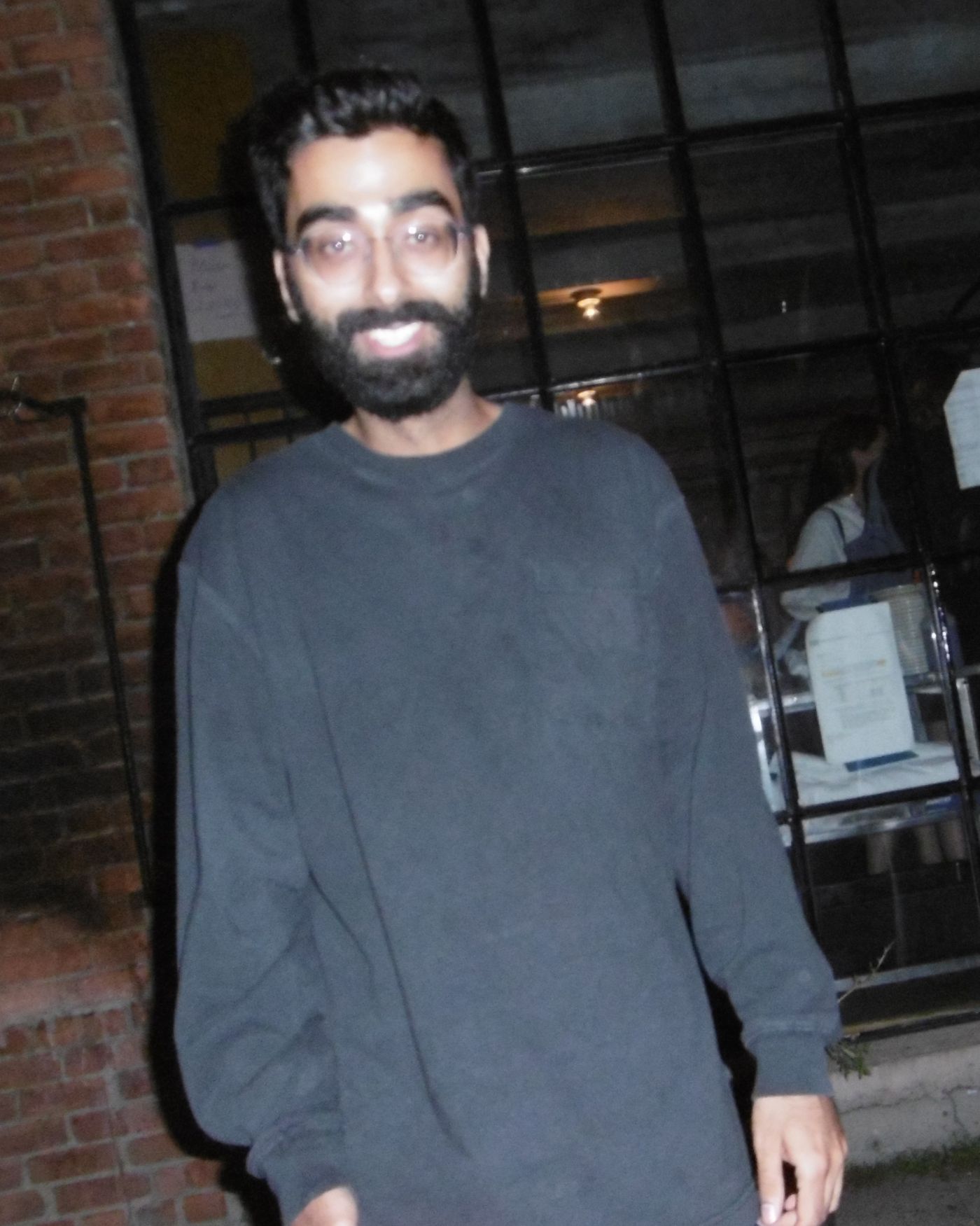 Vijay Masharani is an artist living and working in Queens. He received his BFA in Fine Art from the Maryland Institute College of Art in 2017.

In Masharani’s videos, expressions of power come under scrutiny where they are consistently rendered invisible and unassailable. Authority is not recognized plainly but is felt as an index of the larger structures standing behind fraught gestures and images. Masharani’s recent work puts forward a primer on how to read white supremacy’s encoding in the vastness of digital media. Within this decoding effort, there is space for recognition, poetry and proposal.

He has published writing in Artforum, X—TRA Magazine, The Brooklyn Rail, and elsewhere. He is currently an MA Candidate in Postcolonial Studies at University College London. 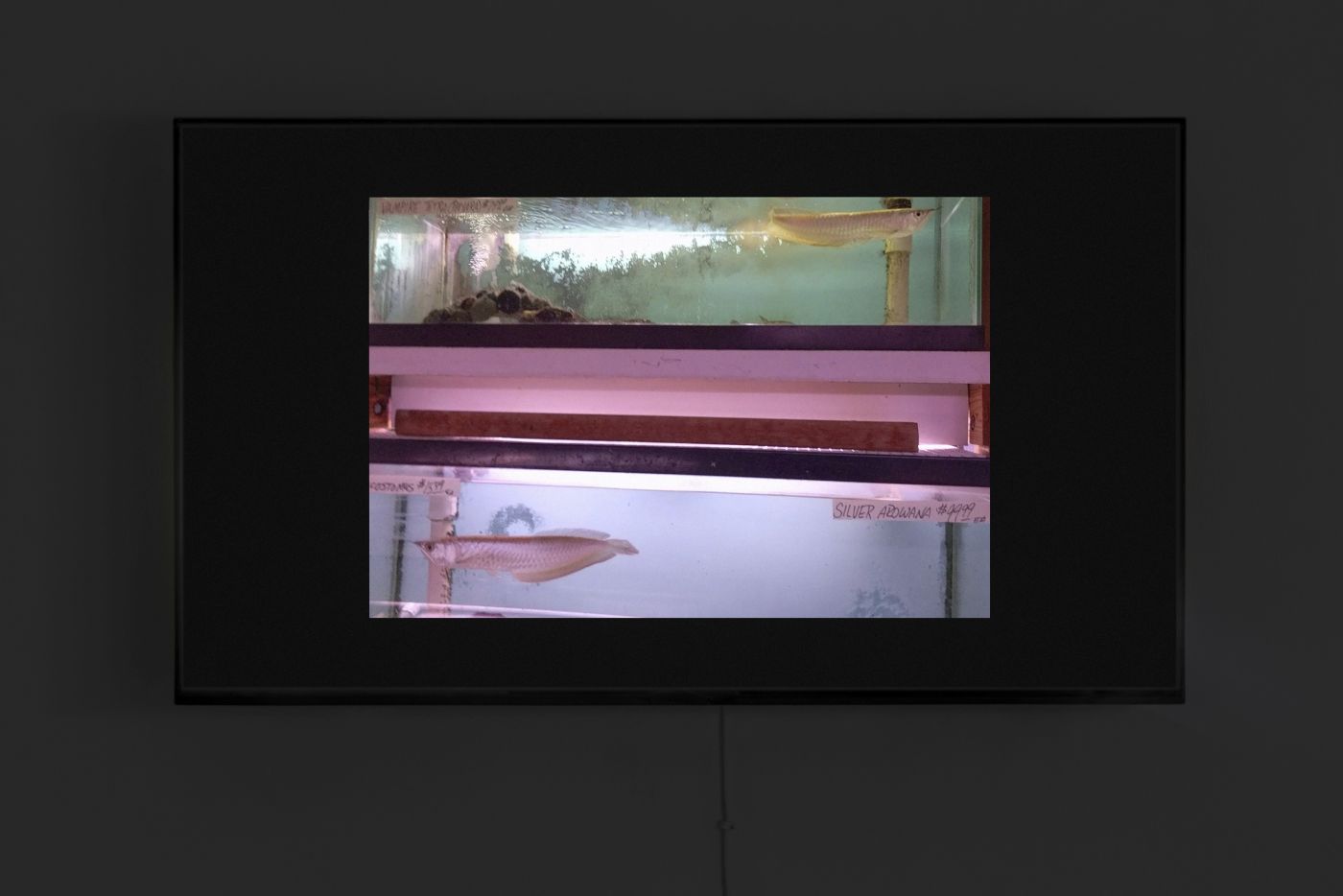 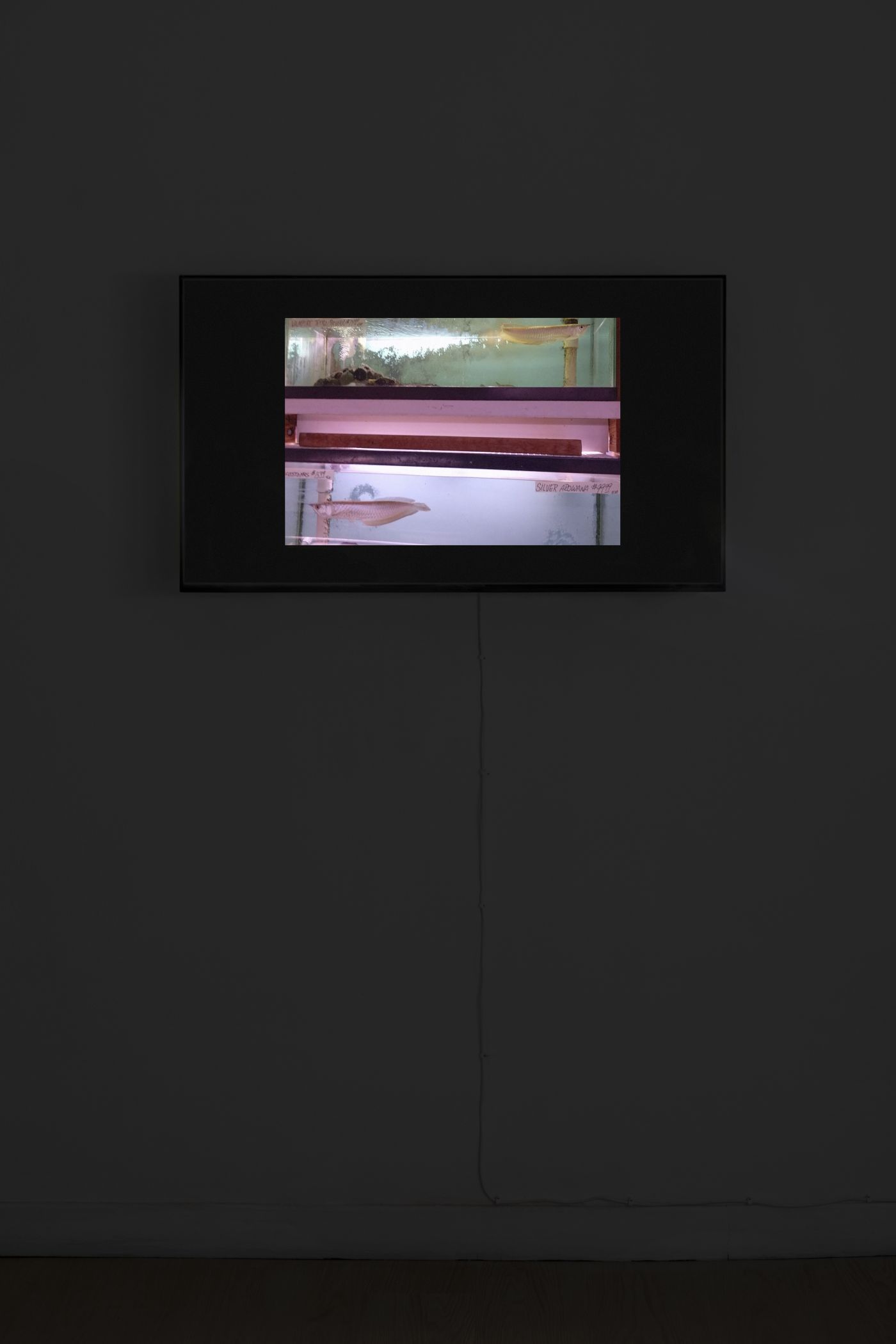 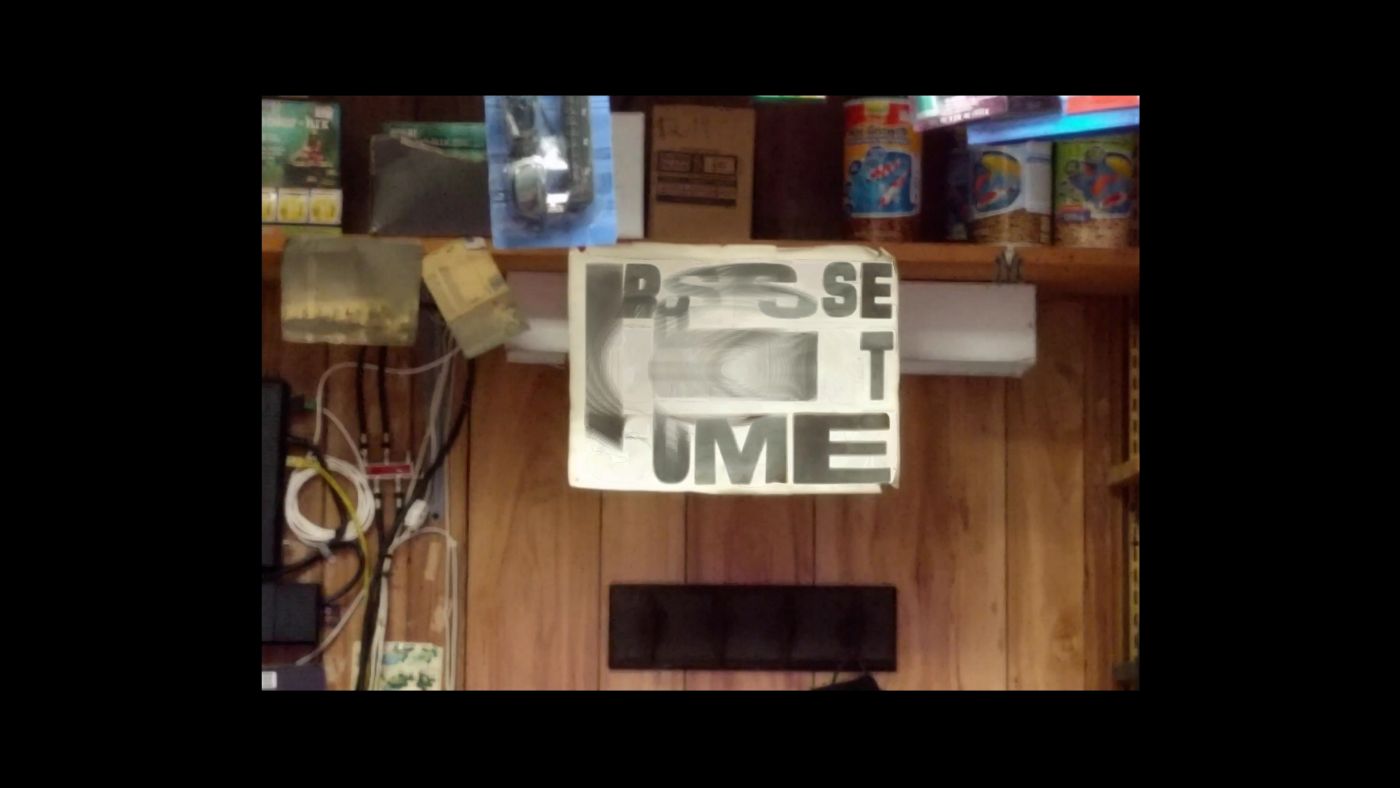 The video plots a psychedelic, tense path through the claustrophobic interior of the Paradise Aquarium in Fresh Pond, Queens, the camera lingering on various exotic fish. Each tank is marked with a masking tape label that denotes the species of the fish and its price.

The “attack” occurs at the end: the camera pivots to reveal a sign behind the checkout counter bearing a violent, nationalistic slogan, that is also a bit quaint, or passé. After a moment, the letters on the sign begin to slide around as though they were tiles in a sliding tile puzzle. Once they stop moving, they read either “M ... 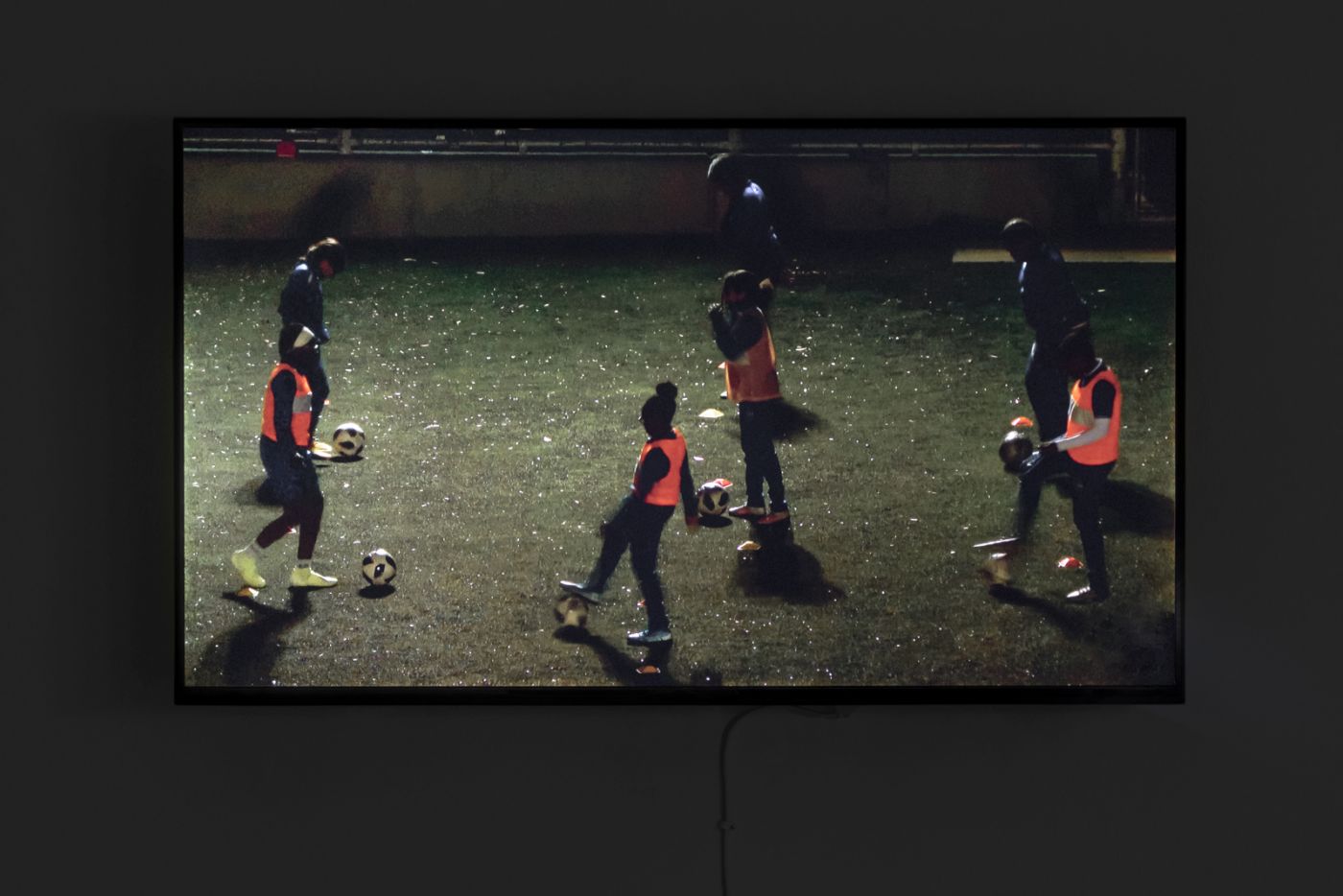 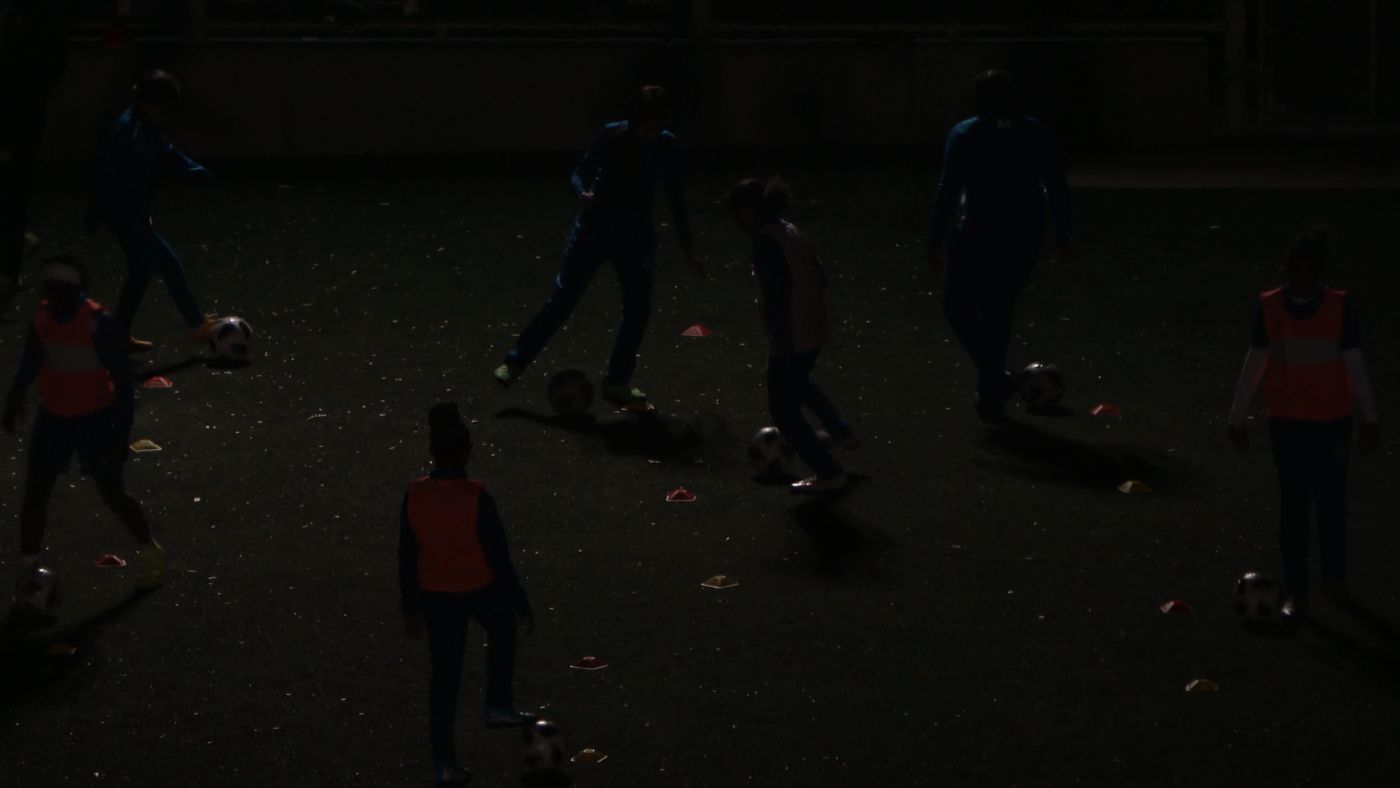 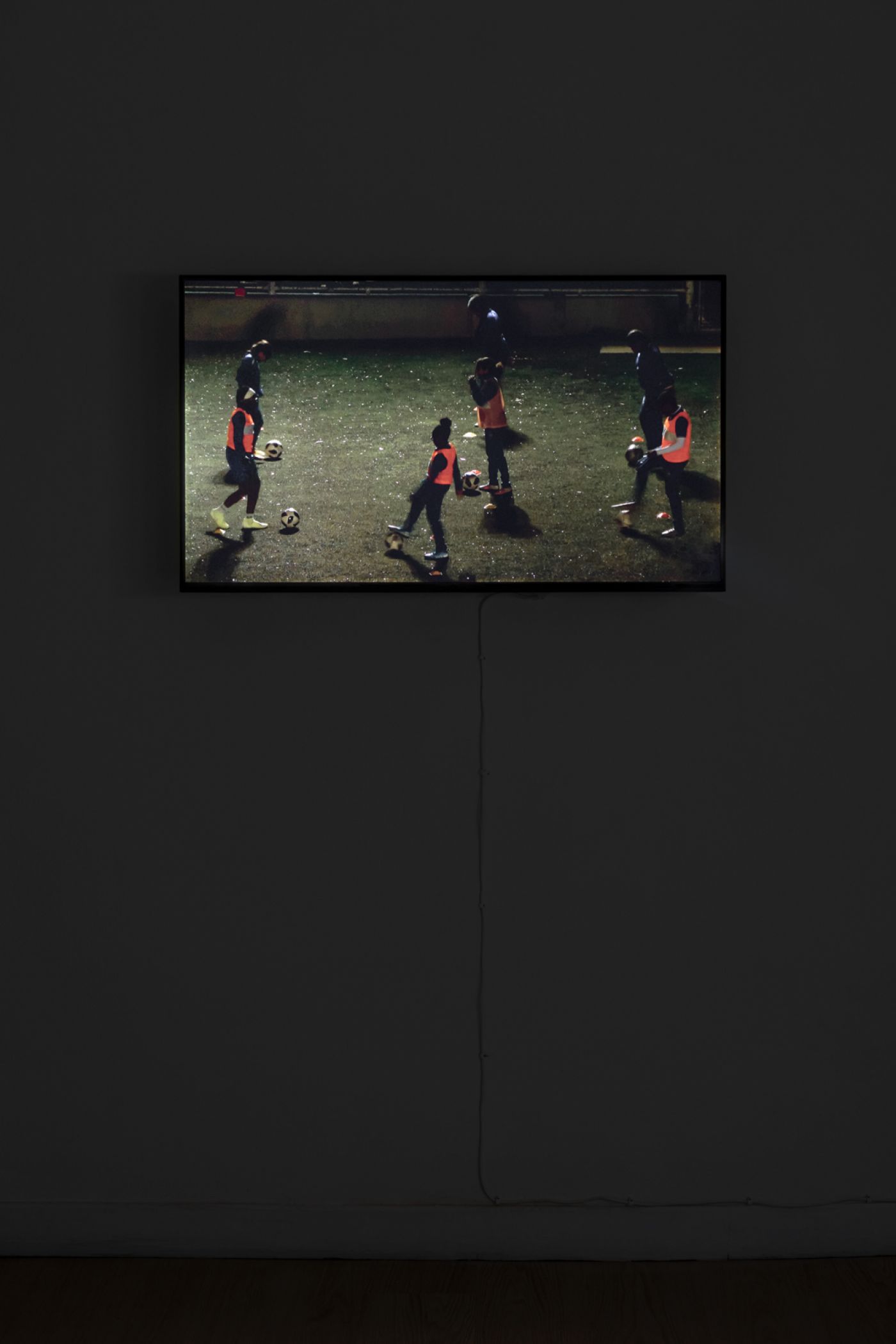 The video shows kids doing soccer drills, as seen from the window of a warehouse where Masharani works occasionally as a part time studio assistant. It was recorded during the 2020 lockdown. The video was part of Triage, the first solo show by Vijay Masharani at Clima, Milan in June 2021.

Masharani’s drawings register a process of searching without an object, goal, or destination. They take place in a porous, dreamlike, hallucinatory space, in which things tend to smear into each other. The body is a recurring feature, often dwarfed, dismembered, dehumanized by structural abstractions; fragmented apparitions are briefly legible, before dissolving into a haze of saliva, data, and smog, only to be reconstituted elsewhere. Multiple temporalities appear collapsed simultaneously within the picture plane. 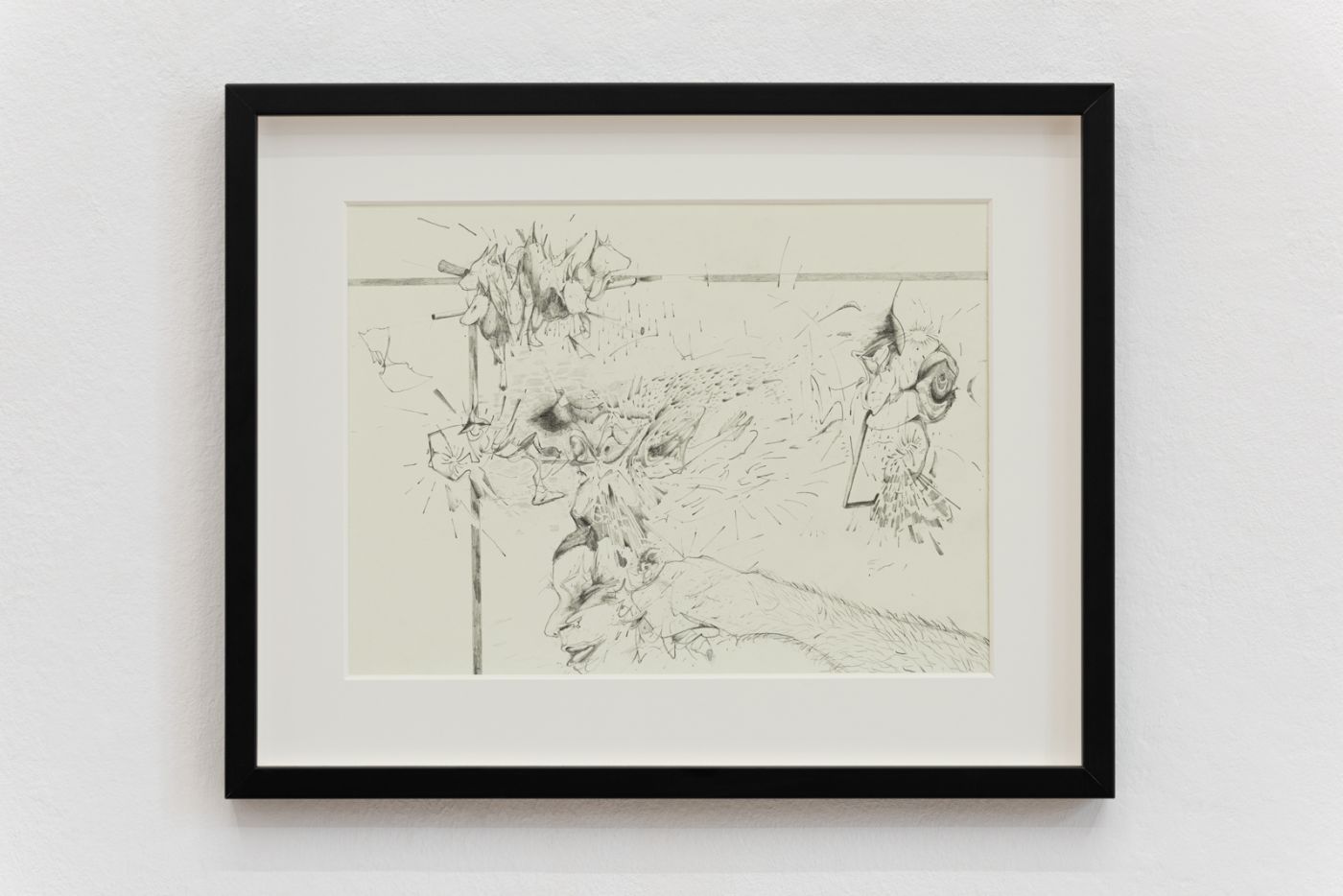 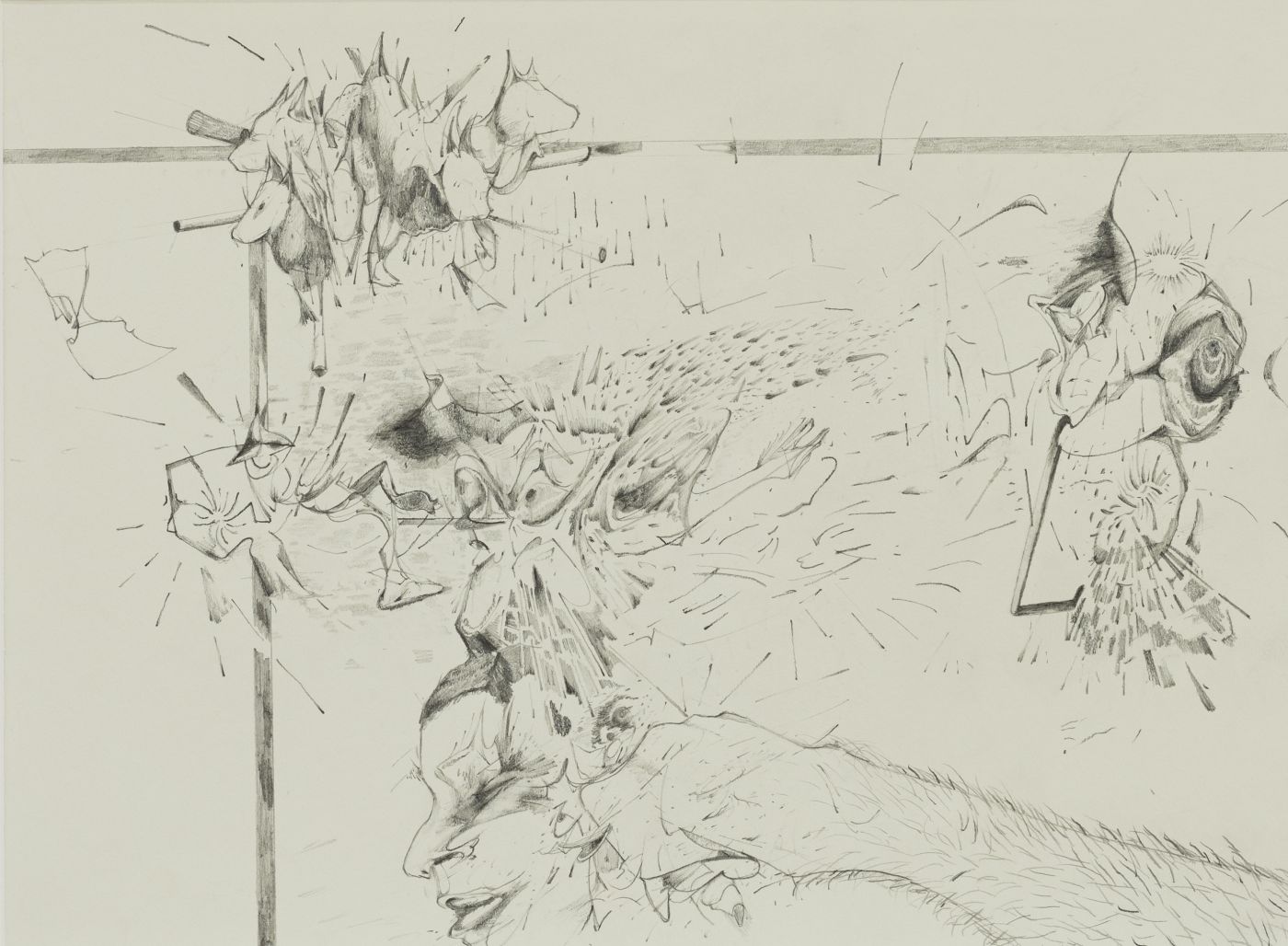 Masharani tries to maintain a hypersensitive disposition towards the violence of every- day life, which, as it is diffused bureaucratically and sutured tightly into the desires of a population, becomes banal. He attempts to plot this complex process of diffusion—and the machinic, ornamental, beastly, raw, hot, vaporous subjects that it produces as byproducts. 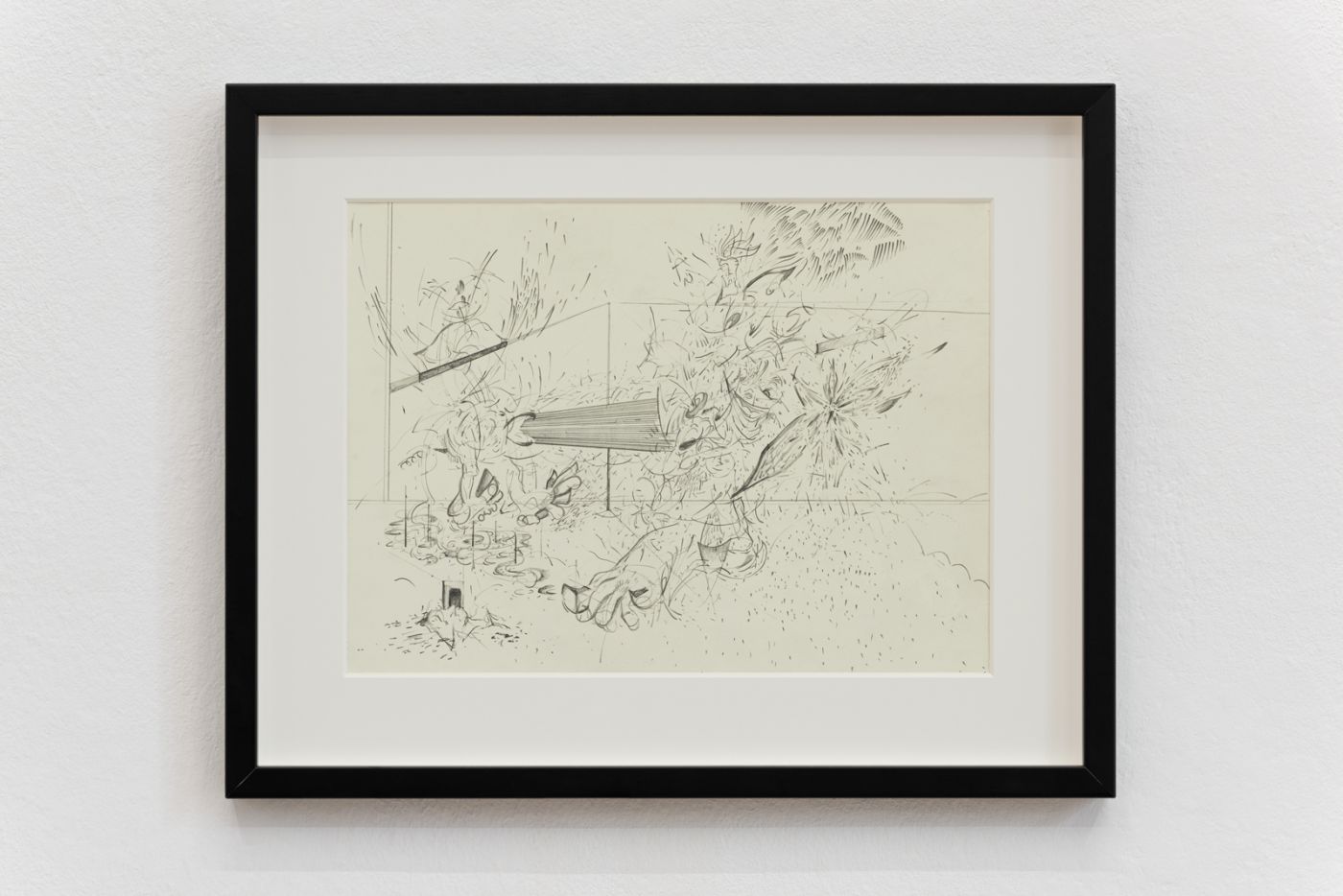 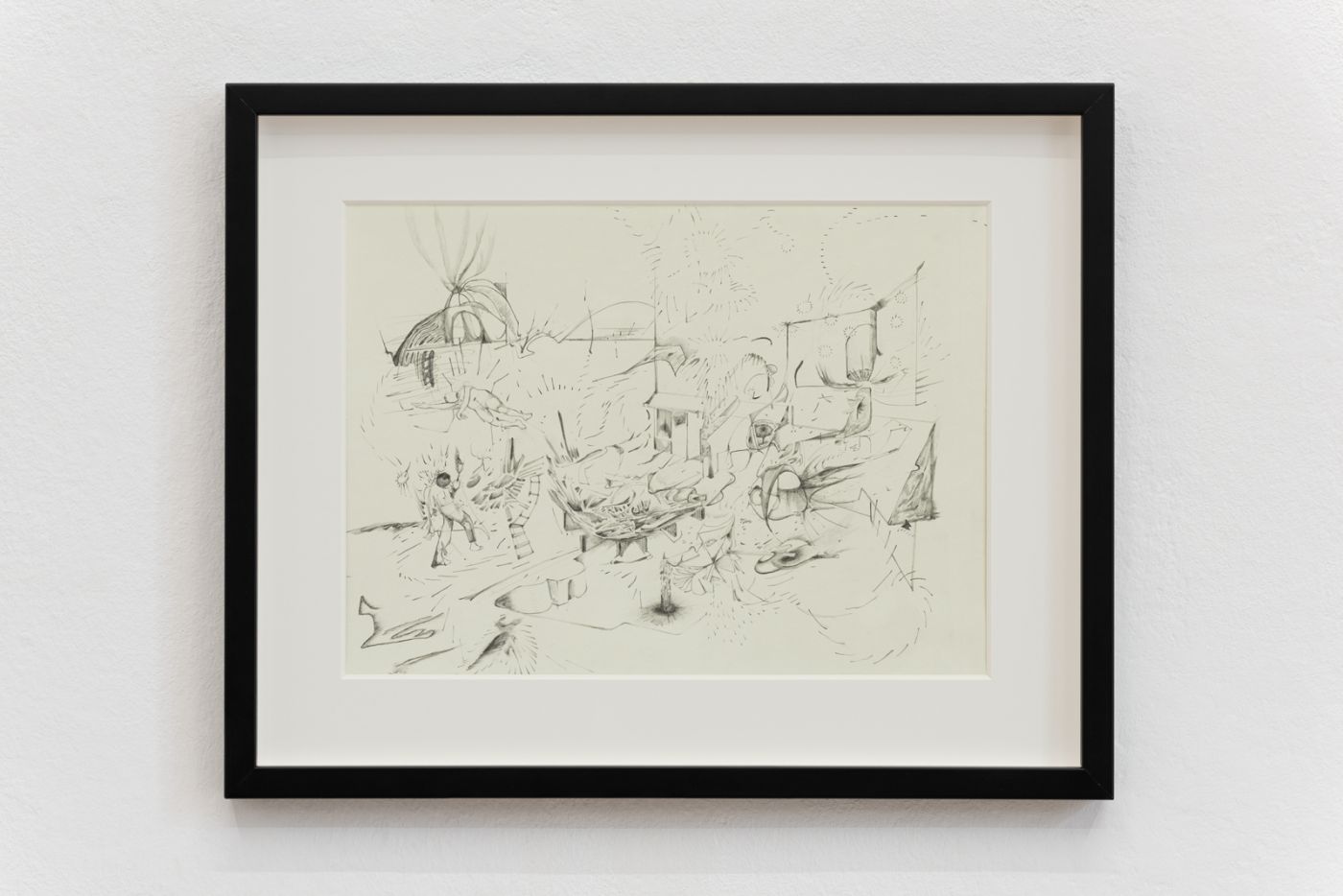 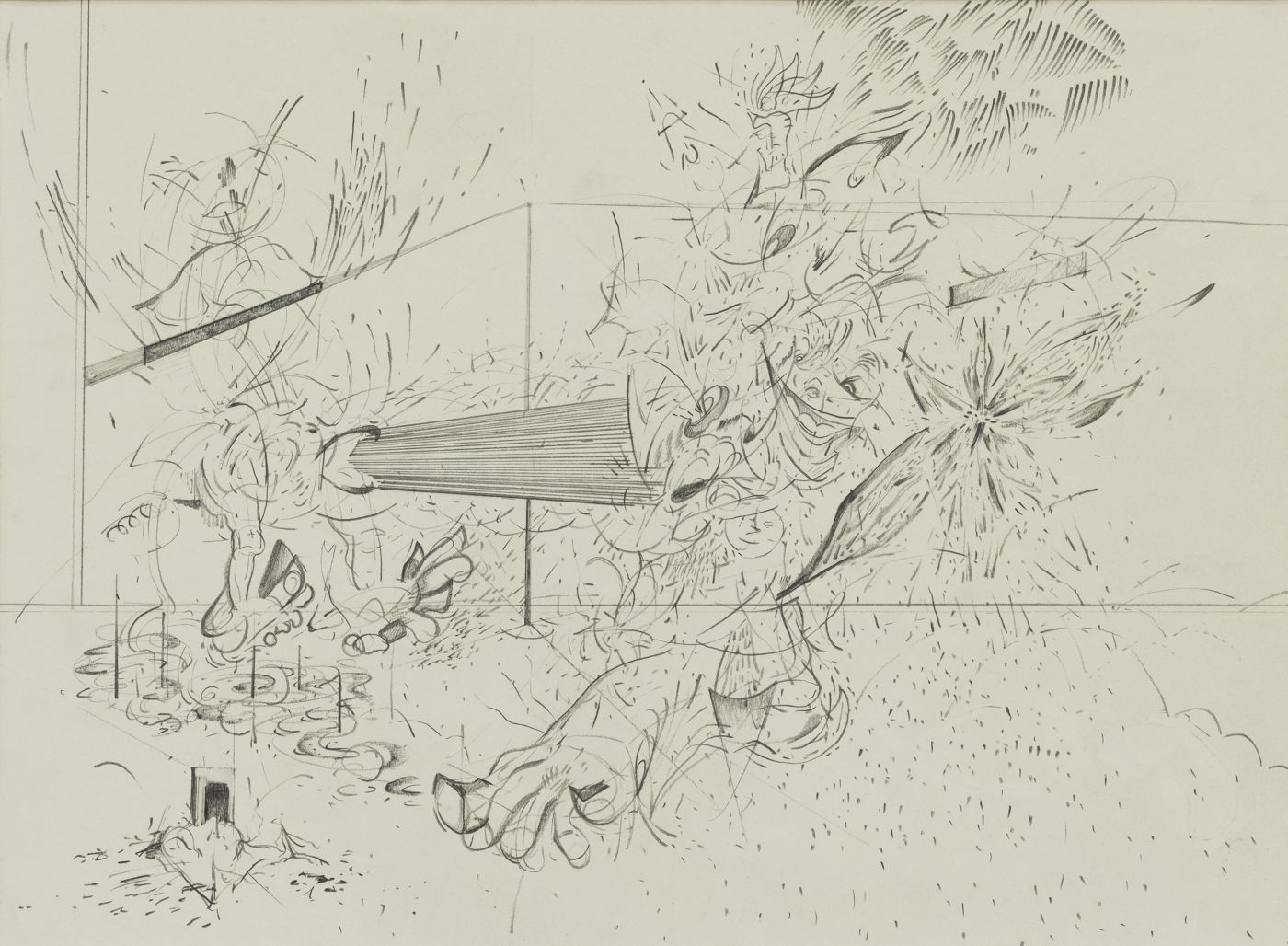 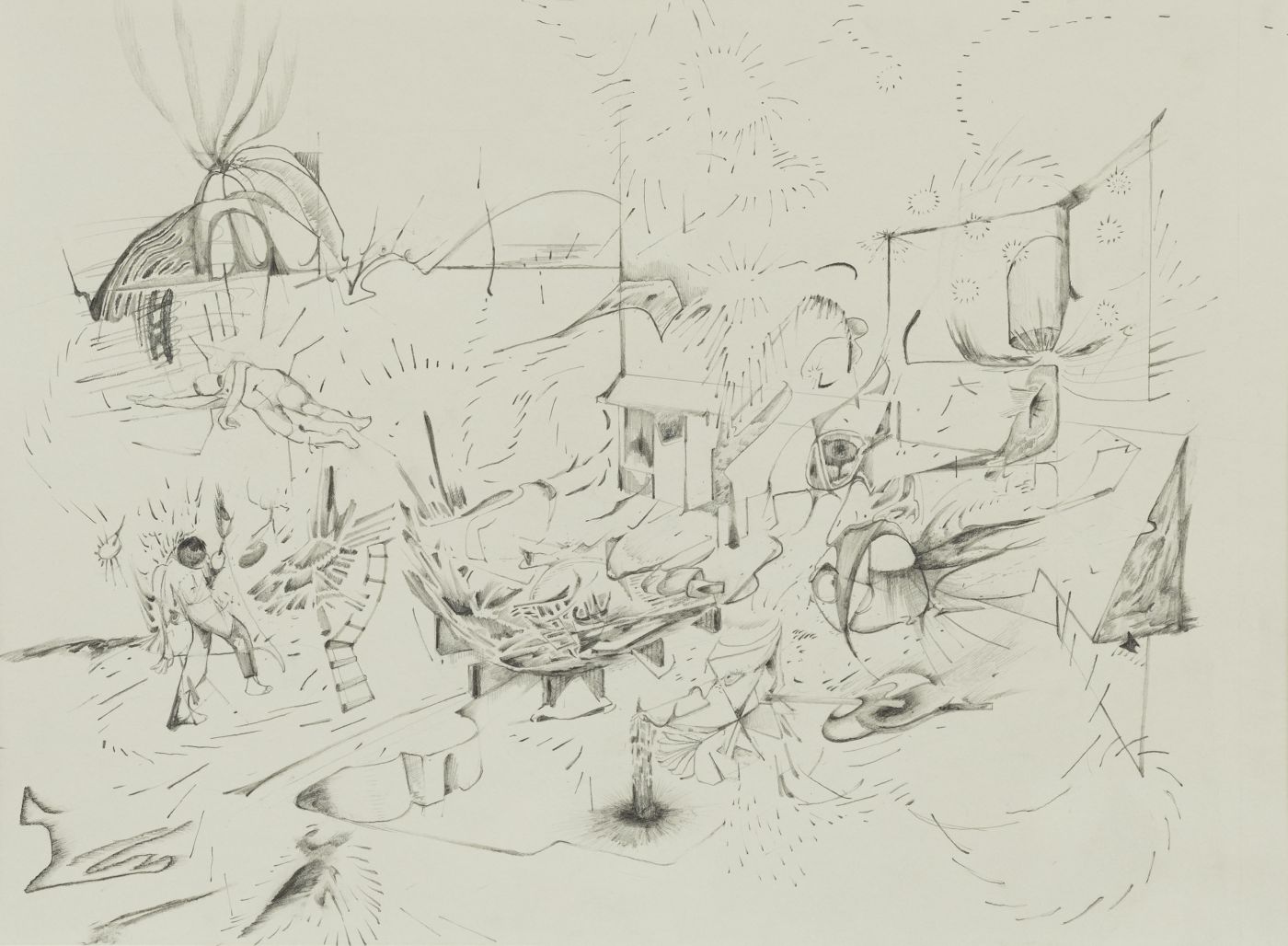